Jesse is back!! Of course, this news isn’t new seeing as how the reuniting of Killswitch Engage with former vocalist Jesse Leach was announced back in January, but what the hey I’m gonna talk about it.  Killswitch is one of my favorite metal bands of all time, and even though I started listening to them during the Howard Jones era I have grown to enjoy Leach’s vocals as well.  I’ve noticed that there are a lot of mixed feelings among the fans about this change, and it’s understandable. When Jones joined the band back in 2002 he helped to change the band’s sound by infusing more melodic singing into their songs.  With songs like “The End of Heartache” and “Rose of Sharyn” on their albums, Killswitch was definitely becoming a more accessible band.  Even though more people were falling in love with this new sound, a lot of older fans missed the pure intensity and aggression that Leach brought to the equation. 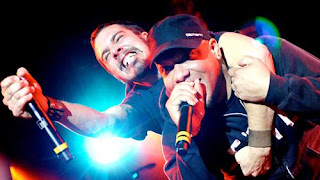 So now that I’m done stating the obvious, let’s talk about the pros and cons of this current era in KSE history.  Before I continue let me state that this is all my opinion.  Starting off the list of pros, Leach has really improved his vocal style and delivery.  Almost every fan is aware of the infamous moment 10 years ago when Leach temporarily damaged his vocals as a result of improper deliver due to his depression.  Well anybody who has followed him since his departure from KSE has had the opportunity to watch him grow as a vocalist through bands such as the Seemless and The Empire Shall Fall.  Leach has mastered both clean and harsh vocals during his decade absence from Killswitch.  Another good reason for this change is the simple fact that Howard Jones no longer has any creative ideas to put forth with Killswitch Engage.  No disrespect to Jones (I personally love his vocals), but he really fell short lyrically with the latest self-titled release.  The End of Heartache and As Daylight Dies are masterpieces in my eyes but I believe this is officially the end of the Jones’ era.  I wish him the best of luck and I’m really looking forward to what he makes in the future.  Maybe some more Blood Has Been Shed?

My only concern about this change can be spelled out with three words.  Times of Grace.  Anybody that’s a huge fan of Killswitch is probably familiar with guitarist Adam D.’s side project Times of Grace featuring Jesse Leach on vocals.  The reason I bring this up is because I am actually a fan of Times of Grace, but now that Leach is back with KSE I fear that one of two things might happen.  Either 1.) the two bands might end up sharing too many similarities to be distinguishable from one another, or 2.) both Adam D. and Jesse will be too busy with Killswitch to put any time into another Times of Grace album.  Regardless of what happens I’m still excited to see what Killswitch Engage puts forth next.