This band started as a solo project in Akron, Ohio but ended up being something much bigger. Now with 6 members, Instrumental Progressive Metal band Wide Eyes will be be putting out their 26 song debut very soon. Yeah, you read right, 26 songs. That’s a huge debut if I’ve ever seen one. Not to mention they’re 26 songs mastered by Nolly (Periphery / Red Seas Fire). All in all, it will clock in at well over 100 minutes.

This band has a very technical, melodic, powerful, progressive sound from what I’ve heard. You can listen to the songs they’ve released so far below. The lonnnggg tracklist uploaded by the band is down there too. Rumor has it, there’s a possibility of a new song coming out today, so be on the look out if you want more Wide Eyes. The self-released debut “Volume” will be released August 21 exclusively on Bandcamp. 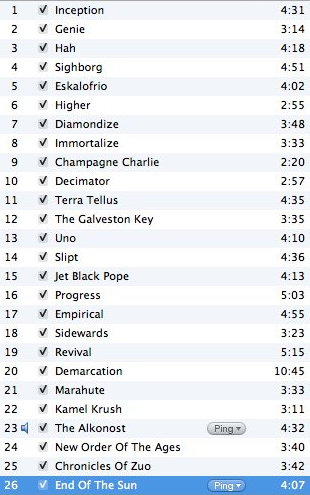