BETWEEN THE BURIED AND ME ANNOUNCE EUROPEAN TOUR

Progressive metal act Between The Buried and Me are returning to Europe this summer. While opening acts aren’t listed, the band will be touring from June 14 to July 13 in countries such as Germany and Russia.

While fans in those countries are ecstatic, some countries are eagerly waiting for Between The Buried and Me to return. Fans from the United Kingdom, France, and Italy are particularly sad at the lack of tour dates in their countries.

The Progressive Metal group visited Buffalo back in February and I reviewed it here. Their light show alone is entertaining and captivating enough while the music is a huge bonus. Don’t miss out on Between The Buried and Me if you’re lucky enough to have them tour in your country. Tour dates are listed below. 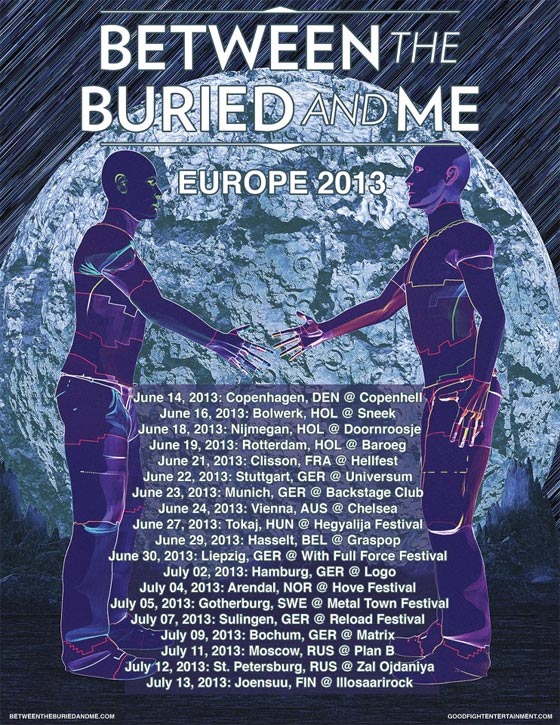 See More: Between The Buried And Me, Progressive Metal
« DISPERSE “UNIVERSAL LOVE” DRUM PLAYTHROUGH
BEYOND THE SHORE “GHOSTWATCHER” ALBUM PREVIEW »