And the line up is looking incredible! Scar Simmerty, Veil Of Maya, and Tesseract have been confirmed has the headliners of the 3 main days (July 12th, 13th, 14th) while Monuments will be headlining the early bird / warm up show on July 11th. Guess we’ll see if Monuments will be performing an instrumental show or if they’ll have a new vocalist ready to go in July considering it has just been announced that Matt Rose is no longer their frontman.

The line up features plenty more amazing acts, some of which are also UK exclusives, like Skyharbor and Uneven Structure. But we also find Chimp Spanner, Heart Of A Coward, Sybreed, Aliases, The Algorithm, Disperse, Destiny Potato, Xerath, Cilice, Neosis, Dyscarnate, and Nexilva among several others. A total of 24 bands announced with more on the way! This is looking to be an amazing weekend. Check out the flyer below.

Also, did you see The Circle Pit’s logo on the flyer? That’s right, we’ll have people there and we’ll be telling you all about what’s going on through our interviews and reports! It’s time to get stoked! If you’re around the UK / Europe come hang with us ’cause it’s going to be one helluva good time! 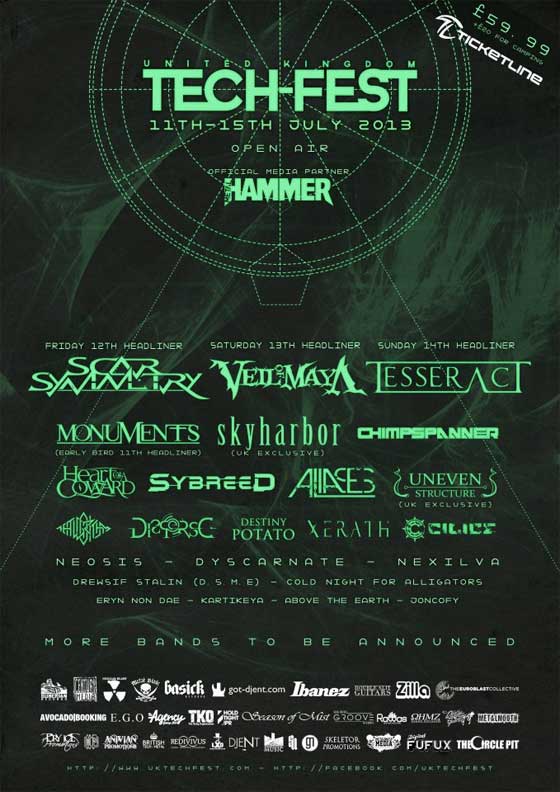