They were planning to play their final show with Ever Forthright tomorrow, but it turns out their involvement in the gig has unfortunately been canceled due to drama. You can read the bands official statement below for the info. Really a shame that it had to end this way…
________________

Hello to all fans of Water’s Edge. We have an official statement to release regarding everything that has happened in the past day or so. Yesterday, upon cancelling Water’s Edge’s final performance scheduled to be held on Saturday, myself, Alex, and Trey received very heated messages from local promoters and other band members within the Rhode Island metal scene that more or less verbally attacked us with various claims. Initially, Alex, Trey, and I responded in the way which we did because we were confused as to why such claims against us were being made and where people were deriving their information from that was used in these attacks, as myself, Alex, and Trey have never publicly or outwardly disrespected another person or group associated with the local scene. Simply, we were confused why people were so angry with us, which in turn made us angry. However, last night, we learned some information about the actions of our former band mate, Max Couto.

We have learned Max was speaking to people in the local metal scene in an extremely disrespectful manner; disrespecting others in the scene, local promoters, using unnecessary language, high levels of unmerited anger, and otherwise distasteful conversation with people in this scene who previously have stated nothing against Max to incite such a reaction. Everything that occurred yesterday, every claim and attack made against us confused us because we did not know where they were coming from, but we now know that they were coming from things that Max did and said to people of this scene. This all occurred behind our backs, as Max never told us anything that he did or said, and the rest of us acted blindly until it became known to us exactly what Max did. Max acted extremely inappropriately to people involved with music, which is supposed to be a community effort based on fun and passion, not anger and hate. We struggled with what to do in regards to this situation, and came close to deleting the Water’s Edge page and all our material out of shame, embarrassment, and whatever public reaction might be pitched against us. However, we are issuing this statement to make it perfectly clear to all of the amazing fans of Water’s Edge that Max acted alone in these actions, and therefore we feel it best to keep the music that we created up for everyone to enjoy regardless of what one of our members did. Myself, Alex, and Trey have nothing but love for each other, for the music of ours and of others, and for each and every one of you who made this band so special. While we may have some disagreements about the local scene, we have never and would never speak in the manner that Max spoke, both because that is not the way to treat other people and because that is simply not the way we are as individuals.

At this time, we would like to apologize for Max’s behavior to any band, promotional company, or anyone affiliated in the local scene that Max offended or possibly has offended, as we still don’t know the full extent of his past actions. We would like to let everyone know that we strongly condemn Max’s actions and attitude, and that the rest of Water’s Edge does not condone such unbridled negativity. While we are no longer an acting band, our music and pages will still be maintained for your listening pleasure. Myself, Alex, and Trey are all about making music and sharing it with everyone. We have nothing but deep respect for everyone involved in any way, shape, or form of any aspect of music. You will absolutely hear more music from Alex, Trey, and I in the future, and we have nothing but the sincerest gratitude for any support we have ever received. Because of you, we are able to carry on in our own endeavors. It has been an amazing journey and for that we are eternally grateful. 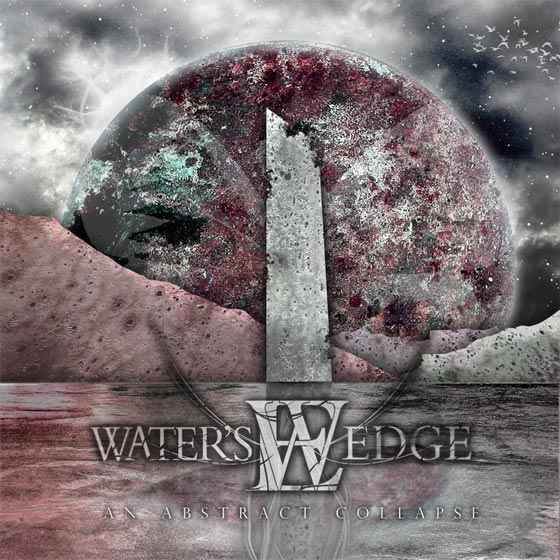