APHND has released two songs, “The Needle in You” and “Shallow Grave”, off the new album and they’re both pretty solid tunes. The genre is either sludge metal or post-grudge. From what the band has released so far, Abruscato resembles Layne Staley pretty closely vocally and lyrically. Musically the guys are pretty sludgy and the guitar is extra distorted ala Type O Negative. Both songs off of “Lay My Soul To Waste” feature classic rocky, bluesy solos that are pretty cool and fit well with the vibe the rest of the song has going for it. All in A Pale Horse Named Death’s second offering seems solid so far and I’m excited to hear more.

You can stream ‘The Needle in You’ courtesy of metalsucks.net here and ‘Shallow Grave’ courtesy of Revolver here. Pre-order “Lay My Soul To Waste” on amazon if ya like what you hear, the link for that is down below, and check out the band’s facebook page to keep updated on all of APHND’s happenings. I’ve included some tracks off of their debut album “And Hell Will Follow Me” for those interested. “Lay My Soul To Waste” looks to be a solid offering and an enjoyable listen, look out for it May 21st.

Listen to “The Needle in You” right here. 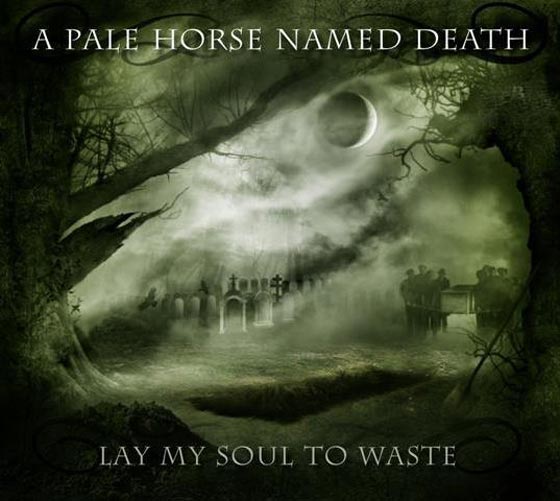