So…this here bit of music doesn’t follow suit with the majority of things we advocate here at The Circle Pit but I have a good feeling that some of you will find a place in your musical agenda for some high quality “retro-prog-electro”™ tunes. “Monomer” is just what you video game heads and 80’s music fanatics are looking for!

I really like how THE SCHOENBERG AUTOMATION described “Monomer” via facebook. “This has been the best $5 I’ve spent on music in ages, it’s super we’ll written and sounds like I’m watching every Kurt Russell movie ever.” This description is dead on especially in the song “Night Drive.” Let’s be honest here…if one of the most brutal metal bands I’ve heard in a while puts forward an electronic project I will be damned if I let it go by unnoticed. Very thankful to have come across “Monomer,” it is a refreshing escape from all things demonic.

I’ve always been a fan of Sonic The Hedgehog soundtracks, which enhances my appeal of “Quite Operational,” for they bear small similarities. Tracks like “Deletion” and “On The Brink” are so atmospheric that is becomes virtually impossible to not find yourself being thrust from the arcade into a training montage or a late night solo cruise in a convertible wearing a leather jacket. Mad props to “Monomer’s” Gavin Allen. 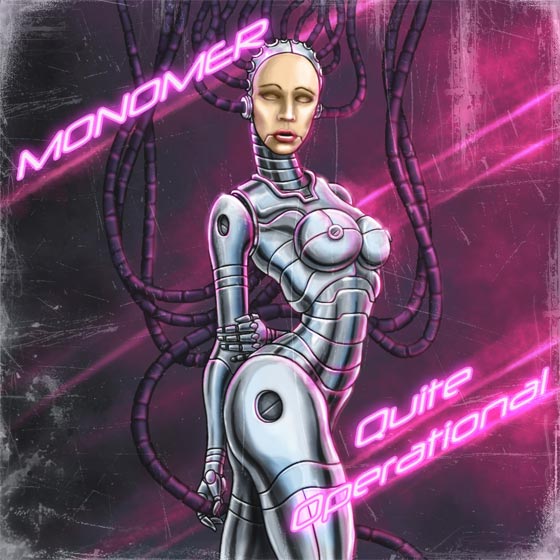