Prog metal juggernauts Uneven Structure have officially announced the details on their upcoming EP “8”! It will be a re-imagining of their 2009 debut “8”, straying away from the heavy Meshuggah influence in favor of their own majestic sound. This will be done as one 24-minute long track composed of eight movements (an appropriate number).

No new music has officially been released… yet. You can check the song samples on Amazon.com however. You can also peep the band’s latest, incredible music video for “Frost / Hail” right here. Seriously one of the best metal videos I’ve seen in awhile.

The EP is slated for released early next month! June 3rd to be exact. They announced this with the unveiling of some amazing artwork for the release. Pre-orders have also been made available. Grab yours right here! And be sure to stay tuned for many more details along with some amazing music. This is music you don’t want to miss.

“8, as a collective piece is something we love to play live but the way we do now is quite different from the 2009 EP. So we decided to release this altered version by going back to the drawing board, reworking it, taking advantage of the lineup consolidation and technical progress we’ve been through since the original was out. This is a thank you to our fans for being so supportive and believing in us, and we really hope they will enjoy what we’ve done with it. Whilst they enjoy this, we’re busy in our batcave, working on our second album. We want to get that exactly right as it’s a concept album, the technical aspect is more engaging than on Februus and we’re leaving more room for experimentation which means our writing spectrum is broad as hell.” – Iggy 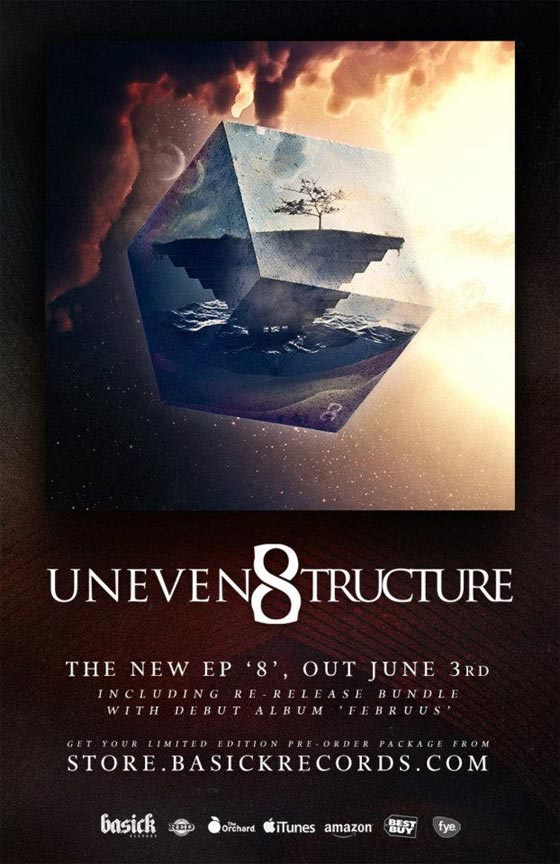