Amon Amarth is one of those bands that can make basically the same album over and over again and still dish out solid music. The band’s 2008 offering “Twilight of the Thunder God” is my favorite release and it was released around ten years into their career. The viking metallers have been just that for their entire career, writing music solely about vikings. Their style of music hasn’t changed very much either honestly. Like melodic death metal contemporaries Kalmah, not much has changed throughout their career.

The band’s new album “Deceiver of the Gods” is now available for streaming courtesy of guitar world. Unfortunately, Metalblade records is still a spotify holdout so this is the only place that this album can be streamed. Either way, go check out this album while you still can. The album comes out next Tuesday and I assume the stream will be down soon. You can purchase this when it comes out soon from Metalblade records or the link below.

As for the music, Amon Amarth is branching out a little. There is definitely more classic metal influence on this record. But the core of the songs are still the same. This one probably won’t grab many more fans for the kings of viking metal but honestly I doubt they care. This is more solid music from a solid band. Check it out. 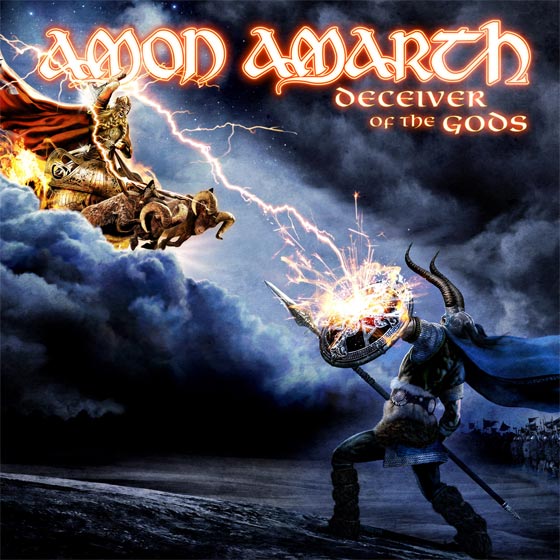