CONDUCTING FROM THE GRAVE “INTO THE RABBIT HOLE” SINGLE

The heavy hitting riff masters in Conducting From The Grave are going independent with their next album. Similar to bands such as Protest The Hero and Exivious, they have opened the funding of the album to their fans and they still need your support! If you wanna hear more greatness from these guys, grab a pre-order here! There are a lot of awesome exclusive options available for you to grab. Check ’em out!

Here’s some great news while you’re waiting for the album. Conducting From The Grave just dropped an impressive new song “Into The Rabbit Hole” along with some awesome, twisted artwork for the new record! From the looks of it, this one is gonna be a self-titled. It’s cool that the band is making this definitive statement independently. You can see all of the above down below. 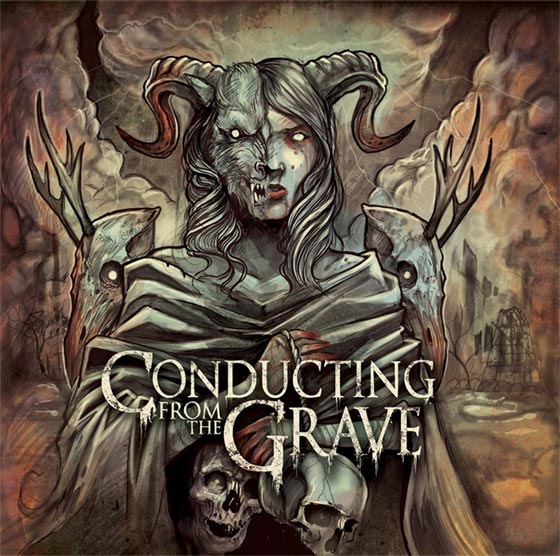 See More: Conducting From The Grave, Death Metal, Deathcore
« HUGE TOUR WITH BETWEEN THE BURIED AND ME
A PALE HORSE NAMED DEATH “LAY MY SOUL TO WASTE” ALBUM REVIEW »