Dischordia have been spreading world domination ever since their inception in 2010. Twisting with the full force of a tornado, this Oklahoma City death unit combines their own original take on heavy music along with the hard hitting influence of groups such as Decapitated, Meshuggah, and The Dillinger Escape Plan. So damn metal \m/

They dashed in brains with their debut release “Creator, Destroyer” in 2011. The EP was released through the mighty Rogue Records America. And it looks like history is about to repeat itself…

The band is gearing up to drop “Project 19”, their first ever full-length. Ohhhhh yes! It will pack in 8 tracks worth of metal with a bonus track to boot. So far, they’ve released the single “Madhouse” along with the album’s official artwork. It’s sounding / looking like a worthwhile release. “Madhouse” covers a variety of musical themes, bringing both power and passion to the table.

The feature itself will be fully realized with a July 23rd release. But if you can’t wait that long, you’re in luck. “Project 19” will be streaming in it’s entirety on July 15th! Stay tuned… Dischordia is coming. 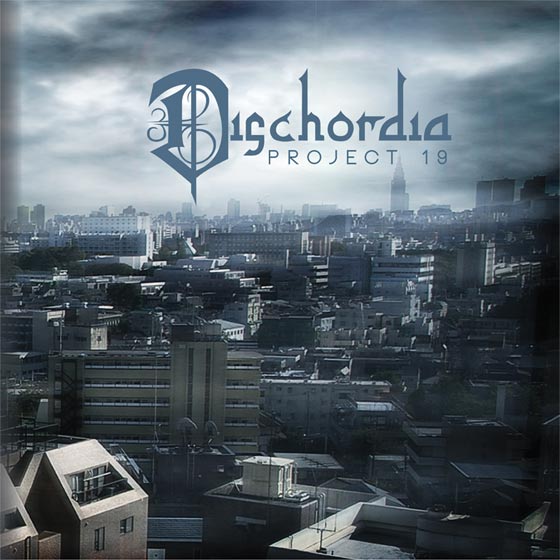 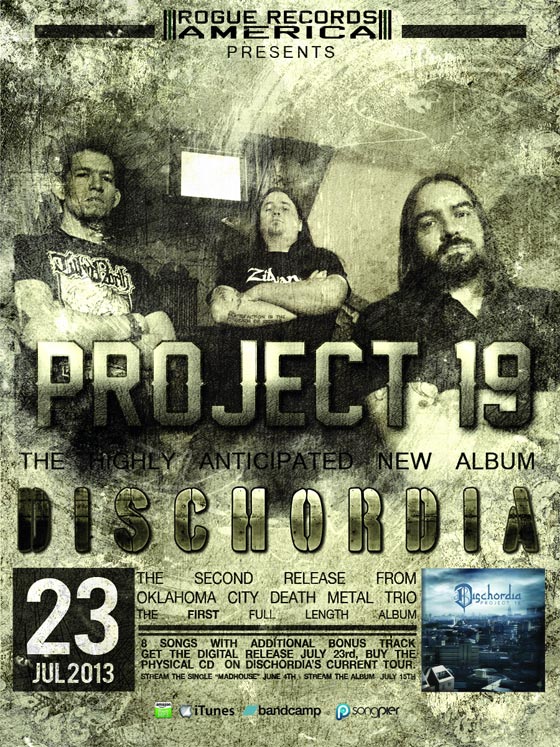