HUGE TOUR WITH BETWEEN THE BURIED AND ME

Check this out! Here’s some big news for the American fans of proggy face-melting metal. Between The Buried And Me will be on the road across the nation between September and October with very special support from… take a deep breath… The Faceless, The Contortionist and The Safety Fire! Hell yes!

On top of that, Between the Buried And Me will be performing their album “Future Sequence” in it’s entirety. Don’t miss this incredible opportunity if they’re coming near to you. Tickets are now available exclusively at Showstubs.com. Get them while you can! 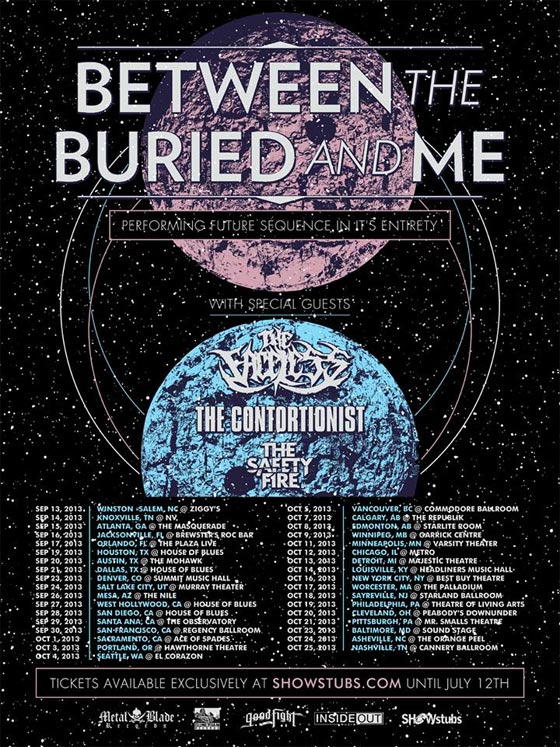 See More: Between The Buried And Me, Progressive Metal, The Contortionist, The Faceless, The Safety Fire, Tour
« DARKEST HOUR SIGN WITH SUMERIAN RECORDS / ANNOUNCE RE-ISSUE
CONDUCTING FROM THE GRAVE “INTO THE RABBIT HOLE” SINGLE »