If you are like me, and are just finding out about this craziness now, then you may also be susceptible to mindfuck. I have been a Meshuggah fan long enough to be bewildered when I discovered this. Surely, some of you out there have listened to Fredrick Thordendal’s “Special Defects” before, but I have not, until now, and I are disappointed that you no share mindfuck.

Meshuggah guitarist, legend and massive musical influence Fredrick Thordendal released “Sol Niger Within” back in 1997 with his solo-project “Special Defects.” Yes…’97. “Sol Niger Within” appeared after Meshuggah’s beginnings, but over a decade ahead of acts attempting to impose upon these once exclusive concepts.

“Sol Niger Within” is constructed as one single track divided into 29 individual segments. Within the lyrics there is plenty to be found in the ways of philosophical and demonic poetry. Spoken scriptures  are delivered by none other than Thomas Haake, Meshugguh’s percussion man. The album is seething with oddities beyond the puzzling chug patterns and polyrhythmic jazz drumming. Powerfully wretched organs and synthesizers, whacky saxophone, and high shrieks of the most unpleasant type, only enhancing the experience.

Fredrick Thordendal’s “Special Defects” re-released “Sol Niger Within” a few years later after making some minor adjustments but here is the full stream of the original version. I hope you have as much fun as I did trying to follow the lyrics. All the kids are calling this a total “Jens-Face-Maker.” 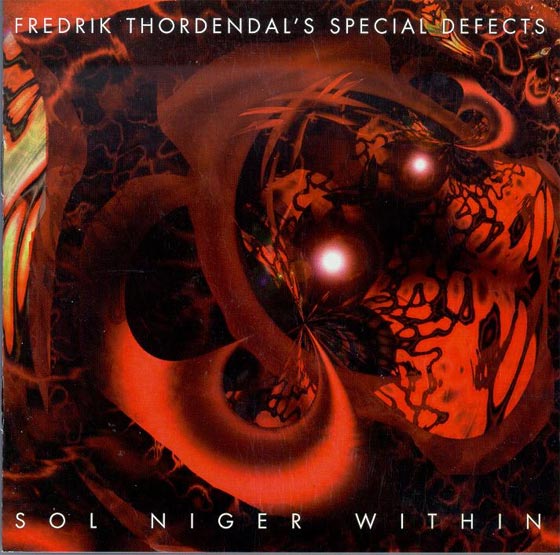