Death Angel is making a strong come back with their seventh studio album “The Dream Calls For Blood”. In support of this, there are a couple awesome things going on. First off, the band just released the album’s title track for streaming on their Official Website. It’s sounding good n’ thrashy. I wouldn’t expect anything less from these legends. (Be sure to turn off the sound in the upper right hand corner before streaming).

The other big piece of is news is this… Death Angel just announced a MASSIVE tour to bolster the album. They’ll be heading all across North America with support from 3 Inches of Blood, Battlecross, Revocation, and Diamond Plate. Holy hell! This is not one you want to miss, especially if you consider yourself a thrasher.

The new album is due to hit stores October 15th. Be on the lookout! 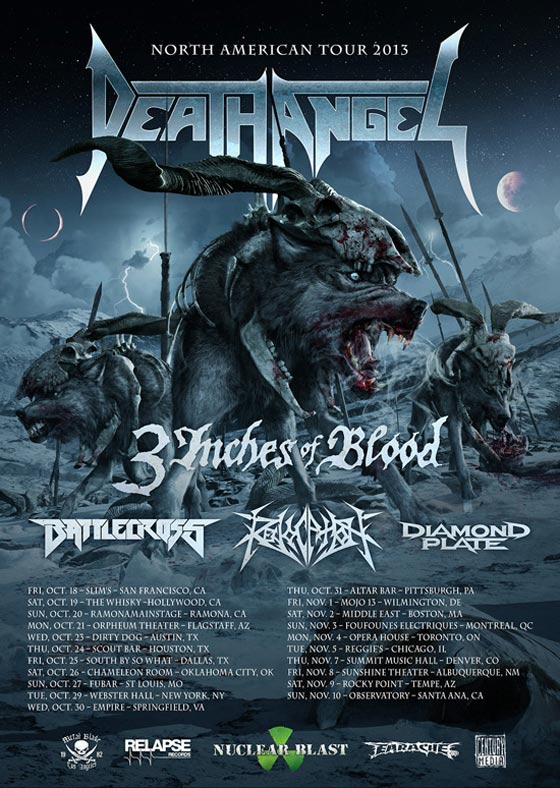