“Welcome to the abyss, you pussies.”

Time for some ocean grind. From the first seconds of the album, it’s obvious Vampire Squid don’t take themselves too seriously. But GOD DAMN the music will take you for a trip. This band provides a very solid, grindy sound with serious mathematical and progressive elements. Parts of it will remind of bands such as Behold… The Arctopus and strangely enough Between The Buried And Me.

Their self-titled debut will crush you with the force of oceanic depths. And they want it to crush you… free of charge. Vampire Squid have the entire album available for a “name your price” download on Bandcamp! Get on it! There’s also an 8-bit version of the album available for your entertainment.

The band is made up of two lads influenced by deep sea pressure and a squid influenced by blood… buckets of blood. Emerging from Corona, CA they bring water and blood. If this sounds like a good time to you, stream it below and show ’em some support! 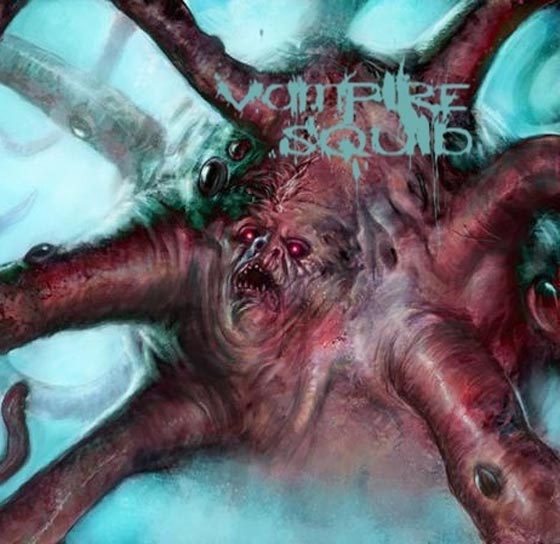