Protest The Hero have certainly built up some major hype this year. The super talented five-piece made news all over the place when they threw crowdfunding into the eyes of the metal community when their Indiegogo campaign smashed through its goal of $125,000 in a day, and finished just under a huge sum of $350,000. Shortly after they announced that in the absence of their drummer, who left the band, Chris Adler (Lamb of God) filled in and brought with him his drum style that, according to PtH, added a much more metal vibe to the new record. Then seemingly in spite of the successful Indiegogo campaign, Protest the Hero signed licensing deals with multiple record labels to distribute
and promote their new album.

Protest the Hero’s extremely highly anticipated 4th studio album will be titled “Volition” and will be released October 29th. In November, the band will embark on a world tour in support of their new album. The multiple licensing deals that the band has signed will allow “Volition” to be distributed all over physically and digitally. Speaking of which, pre-orders are now available here.

They just released the album artwork and more importantly are officially streaming the first song off the album, “Clarity”. Give it a good, clear listen over at MetalSucks. Incredible music… Stay tuned for more where that came from, very soon!

PROTEST THE HERO IS BACK! 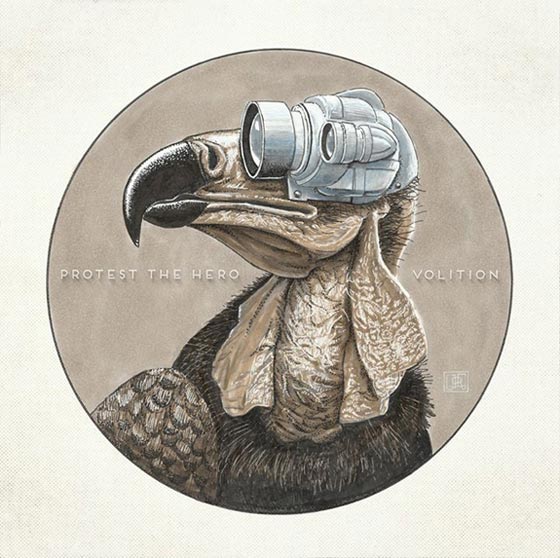