In Metalocalypse: “The Doomstar Requiem a Klok Opera” we pick up directly after the abduction of Dethklok guitarist Toki Wartooth in the season four finale. With his life in danger, his only salvation can come from the four most selfish human celebrities on Earth—his bandmates, extreme metal band Dethklok. Will they be able to get past their own egos to help someone besides themselves? Find out in this one-hour heavy metal rock opera special with a completely original score.

The original score from Metalocalypse: “The Doomstar Requiem a Klok Opera” will be released as a full-length album on October 29, 2013. And this isn’t just your average metal record— this is full blown musical featuring a fifty-piece orchestra. This full-length album features the bonus Dethklok single “Blazing Star” and orchestral movements (produced by Brendon Small and Emmy winning composer Bear McCreary (Battlestar Galactica/Walking Dead). Also
included with the album will be a bonus “making of” featurette with Executive Producer/creator/writer/musician Brendon Small and cast/musicians.

Legendary powerhouse metal drummer Gene Hoglan returns to join Brendon and Dethklok. Other musicians include bassist Bryan Beller (Dethklok/The Aristocrats/ Joe Satriani), and Mike Keneally (Dethklok, Frank Zappa, Joe Satriani).Creator Brendon Small states, “This is not like anything we’ve ever done. This is a full blown musical- metal combined with symphonic passages, classic musical theatre, high stakes drama, emotional moments, and yes totally ridiculous comedy. I drew from all of my influences to make this the most unique project I could dream of. This is easily the best thing we’ve ever done with the show and the music. I can’t wait for you to hear it.”

Composer Bear McCreary states, “I have been a fan of Metalocalypse for many years, and I am fortunate to call Brendon Small my friend. Metalocalypse: “The Doomstar Requiem a Klok Opera” provided us the opportunity to collaborate that we’d always been looking for. I had a blast helping Brendon realize his vision for a fully-produced orchestral score to accompany his drop-tuned guitars and pounding double kicks.  This opera takes his catchy songwriting to a whole new level, and I was thrilled to help out.” 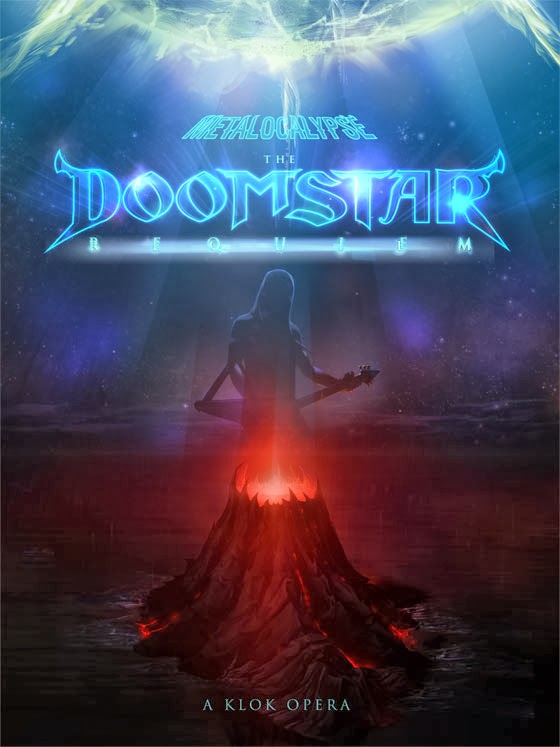