Heavy Metal legends Iced Earth need no introduction. The band had previously planned to release their 11th studio full length “Plague of Babylon” in October 2013, however owing to touring commitments, where they supported Volbeat from October to December, the band has pushed the release to early 2014. “Plague of Babylon” is being released on Century Media Records and it will be a skull cracker.

The band just released the title track, “Plagues of Babylon”, earlier this month. It was met head on with a very warm reception. And for good reason. the track is just plain metal. But just to sweeten the deal, Iced Earth is offering up the track for a free download through their label, Century Media Records! Take advantage of it while you still can!

“Plagues of Babylon” marks the incorporation of new Bassist Luke Appleton and Drummer Raphael Saini of Chaoswave. New inclusion to the ranks Raphael Saini, steps in to fill the vacated shoes of previous drummer Brent Smedley who had left the band early-May, this year, owing to personal reasons. Regardless, this album is sure to be very damn metal \m/ Stay tuned for more! 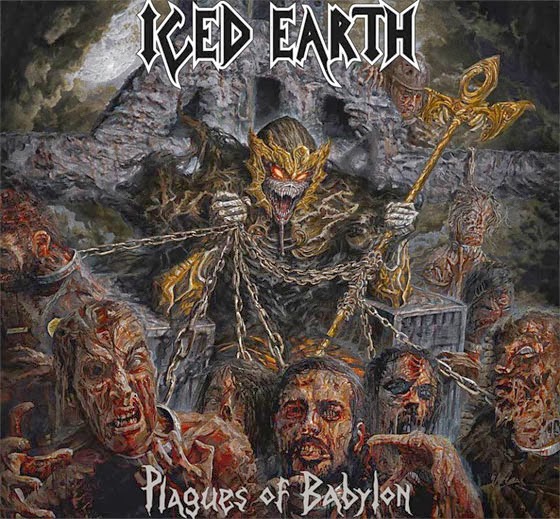