The Metal Community came together to mourn the untimely death of Deathcore’s poster child Mitch Lucker not so long ago owing to an unfortunate drunk driving accident. While most were visibly concerned about the future of the band given that Mitch left some pretty big shoes left to fill, both in terms of his signature vocals and dedicated fan following.

The band quenched all concerns related to the matter when the issued the following statement along with a clip to go with it:

“Suicide Silence is pleased to announce the addition of Eddie Hermida to the family. Many of you may be familiar with Eddie through his work with All Shall Perish. For those of you unfamiliar, our relationship with Eddie goes way back to the Spreading Disease Tour, our first U.S. headlining run, in 2006. Mitch & Eddie remained long-time friends and we felt that if the band were to continue it should be with someone Mitch knew personally and respected as both a friend and an artist. We’ve chosen Eddie as our new frontman in association with this long-standing relationship & countless other attributes from his quality of character to his dynamic vocal abilities that make him the absolute best fit for this band. We hope you all will embrace this decision with open arms understanding that this is what Mitch would have wanted. He would want his brothers to stick together & carry forward what he helped create. Every time we step on stage it will be in his honor & for his legacy. Suicide Silence will continue.”

While Mitch had his own set of monstrous lungs and skills that was uniquely Suicide Silence, Hermida’s inclusion to the ranks, rouses more questions, albeit in a good way; for example, will there be possible collaborations between the members of All Shall Perish and Suicide Silence? How will the band fare live now? How far is the new album and how would it sound? How far does this push back the next All Shall Perish full length to? Some of these nagging queries can be quelled with the following clip:

Amidst much confusion, the following message was issued by All Shall Perish on their Facebook page shortly after:

“Earlier today, the official announcement came out that Hernan “Eddie” Hermida has joined Suicide Silence. Eddie has quit All Shall Perish to join Suicide Silence full time. To all our fans who want to know about the future of ASP, keep this in mind: Mike Tiner has been a major writer in the band and will continue to be. We had big shoes to fill when guys like Chris Storey and original vocalist Craig Betit left All Shall Perish, but we were able to rebound with the addition of massive talents like Adam Pierce, Francesco Artusato and Eddie Hermida. Eddie has big shoes to fill himself, stepping in for our fallen brother Mitch Lucker. All Shall Perish has continued before and will continue now. We wish Suicide Silence all the best.”

Given that the band has undergone major line-up changes in the past, with the departure of former guitarists Chris Storey and later Jason Richardson or original vocalist Craig Betit, it comes as no surprise that they have assured fans that the band plans to continue even after Hermida’s recent exit. While, this has split the community into two bringing to mind the mud-slinging following Mike Portnoy’s departure from Dream Theater and consequent  stint with Avenged Sevenfold, enough cannot be said about the deafening buzz generated concerning Suicide Silence’s new direction or All Shall Perish’s future. Member-swapping between bands and the possibilities of permutation and combination of new sounds is nothing new in the Metal community and while there are pros and cons and exceptions to this theory, it goes without saying that 2014 is looking to be as much a promising and exciting year for Heavy Metal across the globe as did 2013 with its batch of impressive releases. 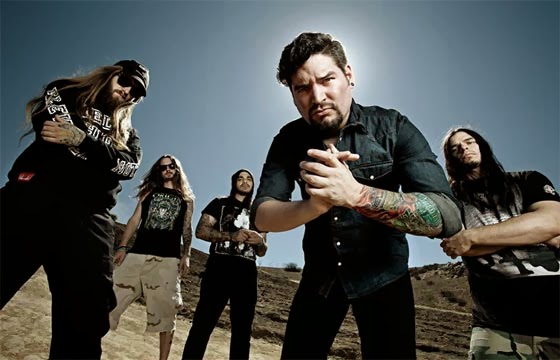