Chimp Spanner lives! Wasn’t too worried though. The musical genius behind the project, Paul Ortiz, recently issued a statement to the fans updating them on his current musical dealings and the future of Chimp Spanner. He left no stone unturned.

You can either read the full statement on his official website or down below. Awesome music included.

As you guys know I’m currently working on the next full length album, but I’ve had a few questions lately regarding when the next tour will be, or what’s happened to Chimp Spanner… 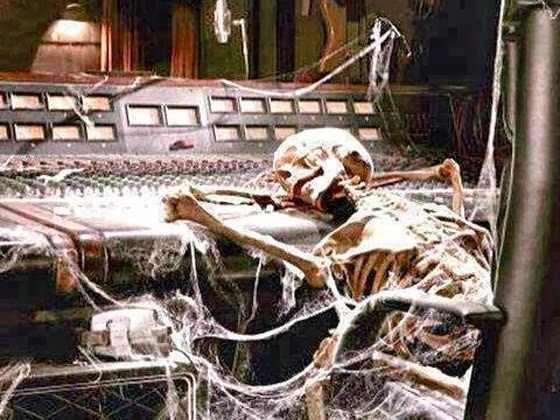 It’s been a quiet year or so on the live front, and for a few reasons. First and foremost I want to make sure that the next time I hit the stage it is with new material, as well as old. While I know there are still a lot of people who haven’t heard At the Dream’s Edge or All Roads Lead Here, they’ve still been doing the rounds for a fair while and I’ve been playing some of this material for the best part of five years now. Plus, in hindsight, releasing an EP probably wasn’t the best move in terms of getting more gigs. Without the up-scaled publicity surrounding a full length release it felt a little harder to get shows off the back of it. A lesson learned, although I’m still ultimately happy that you all got to hear new music without having to wait even longer.

Secondly, as is the case for most artists and bands out there, there’s a lot of work to be done outside of Chimp Spanner. One of my major long term goals is to get my music paired up with adverts, trailers, games and so on, and to that end I’ve had to spend a lot of time working on more musically diverse material before I can even consider putting myself out there. The plus side of course is that I’m learning some cool new stuff that will prove useful for Chimp Spanner. If you’ve been keeping up to date with my Soundcloud you’ll have an idea as to what that might entail.

It’s no secret that touring is expensive, so it’s vitally important that when it’s done, it’s for the right reasons and with all the supporting material to make it viable (a new album, brand new merchandise, etc.).

It’s also no secret that this is about the albums first. Touring is something that will naturally happen under the right circumstances, and with the right bands.

So in short, Chimp Spanner hasn’t “gone” anywhere, although a break this long in a genre evolving so rapidly would probably suggest otherwise. But for everyone who has supported me so far and seen the handful of shows and tours we have done, there will be more. It all hinges on the next album.

As to when that will be done, there’s no easy answer to that. Those of you who write & record will appreciate how quickly inspiration/motivation can strike…or evaporate. What I can tell you is that channeling my energies into other genres and projects has been a huge help. I’m spending enough time on non-Chimp material now that when I do come back to it, it’s fresh and it’s exciting. And ultimately that’s the best place to be in if the album is to be a worthy successor to my last two releases.

So again, thanks for supporting me and for being patient.