Beaten To Death is a curious extreme metal act coming out of Norway, one of the cradles for the genre. In October this band released their second album “Dødsfest!” following up their debut “Xes And Strokes”.

The reason for our interest in this band is their unusual proposal. This is basically a new and experimental approach to grind, straying from it’s tradition of violence for the sake of violence. This album manages to be extremely rude, bringing melodic guitar riffage at the same time, with grind rhythms, but with a remarkable melodic hardcore effort. This makes it extreme but touching at the same time.

On the top of that the album comes from an in-studio, live recording with all the musicians recording the full songs together. The guitars only being partially distorted matched with various other elements on record contribute to making the album even more intriguing, as if it already wasn’t. The album is very good and so unusual to modern listeners who are usually assaulted with bombastic productions.

Final result is a “bittersweet grind” reversed in this “Dødsfest!”. In it’s short running time, it manages to be full of surprises and tremendously interesting. You can stream both albums on the band’s Bandcamp page, where you can also purchase them for only four USD. Discover it! 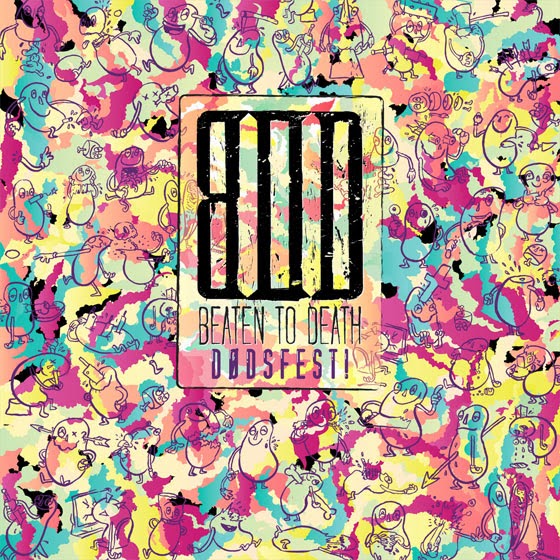