NEW AFTER THE BURIAL SONG NEXT WEEK!

In case you haven’t heard, After The Burial have a new album set to drop this year! The Twin Cities juggernauts have been hard at work for quite some time now. Currently they’re gearing up to show off their efforts. Expect shred, heaviness, extreme technicality, and some forward thinking to boot.

The first single will hit very soon. The band officially announced via social networking that the new song will be released November 5th – next Tuesday.

Beyond this, the band has made three big moves in support of this album. First off, they released a studio video sometime last year showing some serious guitar work through various fronts. Next, they started playing the tracks “A Wolf Amongst Ravens” and “Anti-Pattern” live, opening up mosh pits everywhere. They also came out with a full band teaser with some ridiculous drumming and added heaviness. Check all the above below the teaser image. And watch out for more to come! 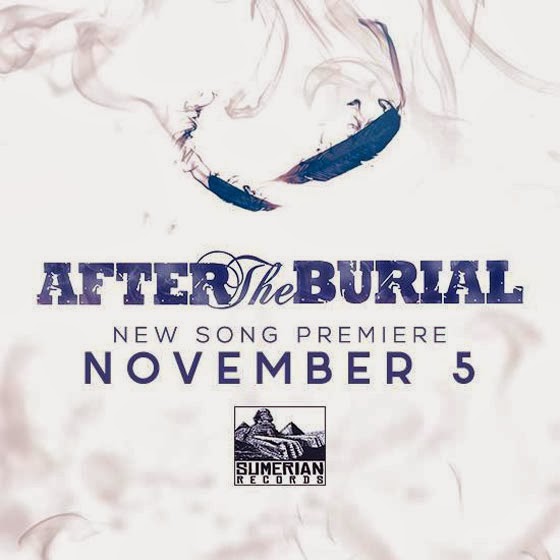