European progressive death metal titans Pestilence are back! This legendary Dutch old fusion death metal band just released their seventh studio album “Obsideo” through Candlelight Records on November 11th. And that album features a stunning amount of immense heaviness and sweet technical efforts. Definitely the best release since their reunion in 2008, sounding much better than the disappointing 2011 album “Doctrine”.

“Obsideo” is more open to modern Meshugghian grooves and even deathcore touches. A quick first listen to the first single “Necro Morph” or even just the title track can show you what I mean. This album can potentially pulverize your eardrums and still make you enjoy it.

For some stupid reason, the band’s most recent YouTube clips are blocked in several countries including America. Click here and attempt to listen. If that doesn’t work, sample the tracks on Amazon or purchase the album to call your own. 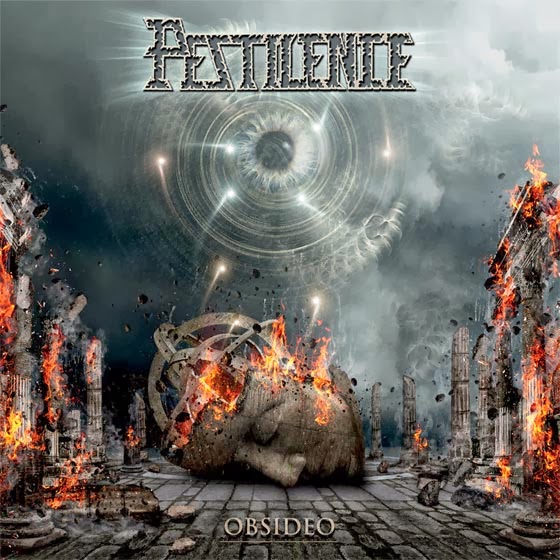