You may have already heard this but it definitely needs a further shout. Modern prog masters Animals As Leaders are going to tour North America in February and March as headliners of one of the most interesting and varied packages we’ve seen in years. They’ll be supported by no less than one of The Circle Pit’s favourites After The Burial and a second instrumental progressive heavyweight, CHON!

They’ll also be joined by interesting electronic music producer and drummer Navene-k (aka old Animals As Leaders drummer). You shouldn’t underrate this guy or think he’s out of place. I must confess I didn’t know him before this announcement, but if you look for some videos you’ll see he’s a really skilled drummer capable of delivering amazing beats and interesting tunes. This ranges from the heaviest drum n bass/neurofunk tracks to softer ones putting together influences ranging from ambient and fusion to tech-step and similar stuff. This includes a track featuring Even Brewer in his “Human Design” EP. Listen on Soundcloud.

All the other acts don’t really need a further introduction if you’re used to this website. But it’s good to remember that Animals As Leaders are going to release a new album this upcoming year through Sumerian Records, so you better purchase your tickets now and make sure you won’t miss any surprises…. 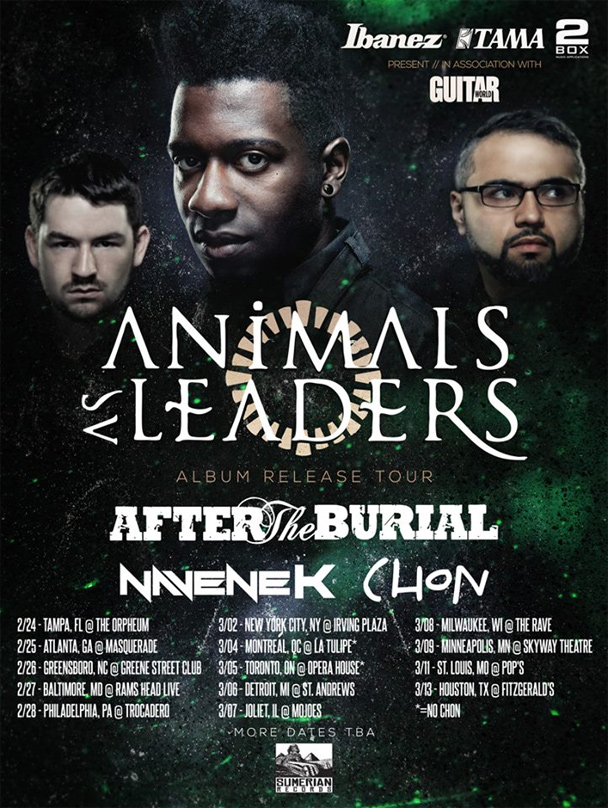