This isn’t exactly BRAND NEW but it’s definitely worth your attention. This year Exhumed and Iron Reagan have been doing serious damage in their own right on the extreme metal front. Whether it be the release of “Necrocracy” and “Worse Than Dead” or the destructive live performances they’ve delivered.

Beyond that, they’ve joined forces to release an awesome 12″ release featuring four songs from each band respectively. That release is available for your streaming pleasure through the legends over at Noisey (aka music by Vice). Take a listen to sate your extreme tastes. And if you truly enjoy, be sure to make the split your own with a purchase HERE. 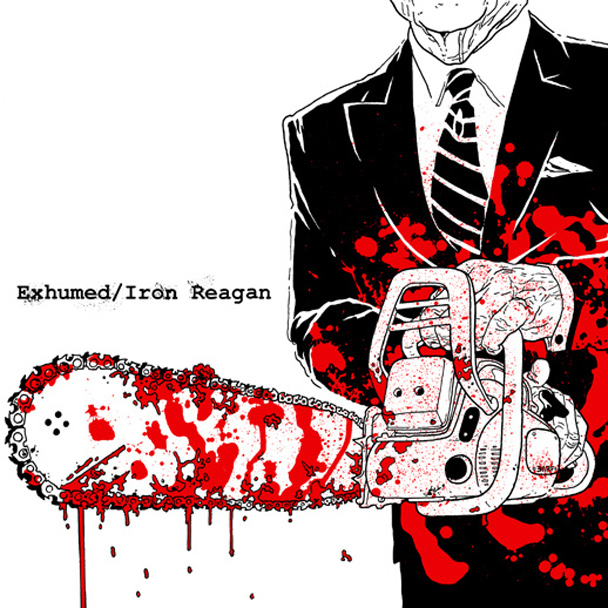