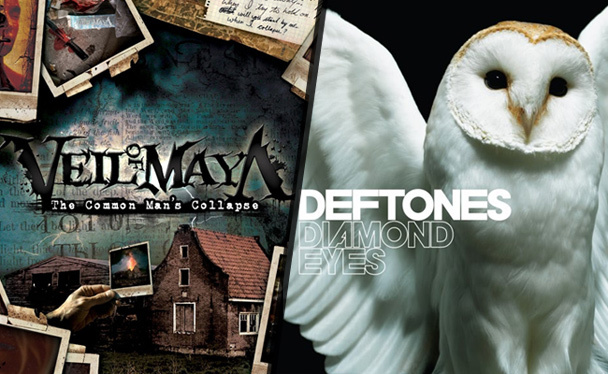 As I’ve said times before, I’m a big fan of alternative electronic music and IDM as well. It’s not only metal in my life.

Recently, I stumbled into a producer who calls himself Mr. Bill and took an immediate liking to his music. His style features influences from various electronic music genres but his main tendency is for glitch music, especially in it’s modern form with influences from electro, neurofunk and dubstep or bass music. Basically it’s an experimental form of electronic music based on glitches in the song structure and composition, creating a strange and unpredictable sound.

But let’s go back to Mr. Bill and the reason why he’s here on a website like The Circle Pit. After I had been digging some of his tunes, especially because of his psytrance influences, I discovered he also did some unbelievable remixes of metal bands. And we’re not talking about some hyper-mainstream radio stuff or widespread legends like Pantera or Iron Maiden. The most incredible and mind-blowing one is a revisitation of nothing less than Veil Of Maya’s discography! It’s a four minutes mash-up of 14 selected Veil Of Maya songs remixed in Mr. Bill’s style, including their best classics and more recent material. The song has about 15 tempo changes, and about double that amount of time-signature & groove changes. It’s truly incredible. And this is just the beginning…

I immediately downloaded his latest full length release called “The Collaborative Endeavors”, which collects about 30 tracks recently produced in collaborations with other artists. Among the menagerie of amazing tracks, that album also features a beautiful remix of Deftones’ song “Risk” – another must listen for any open-minded metalhead.

And then I found out something even more incredible. These tracks, as well as “The Collaborative Endeavors” and Mr Bill’s ENTIRE DISCOGRAPHY are available for a completely free download! That was the exact moment when I completely fell in love with this amazing artist. If you take a look at his website you’ll realize we’re talking about a shit load of tracks… trust me!

And we’re not finished yet. On his website, Bill launched a very innovative way of making money out of his music even though he’s giving all his music for free. Downloading his tracks for free from the website requires a registration: you can sign up as a free user and get access to all of his tracks for free, and even more cool stuff. This includes a shit load of video tutorials (Available for streaming and download too!). Or you can sign up with a “hardcore abletoners premium membership”, which allows you to download free music (including exclusive unreleased material), more tutorials (for beginners and advanced users), project files and templates, tips and tricks and more stuff giving you a complete experience of Mr. Bill’s musical concept. The premium accounts cost anywhere from 10 $ a month to 90$ a year, depending on the kind of membership you chose. This is a truly intelligent and innovative artist that I thoroughly respect. I suggest you to go check out his stuff as quickly as possible.

P.S. If you’re a fan of The Algorithm’s work… you’re going to love this.