INTERVIEW/FOOTAGE FROM “THE WINTER WASTELAND TOUR 2014” IN POMONA, CA

On January the 3rd I had the opportunity to attend “The Winter Wasteland Tour 2014” in Pomona, CA to witness what was no less than a technical shredfest thanks to the headlining bands Ænimus and Apparitions (ex-Knights of the Abyss and Giants Among Us). Both bands invaded the venue’s atmosphere and dominated the night with powerful sets that were musically impressive and brutally driven.

Before Ænimus hit the stage, Apparitions serenaded the crowd with a 45 minute set that was nothing short of breathtaking… Literally breathtaking due to the inability to stand still anywhere near the stage. Check out a video that was captured by Zakk Perez from Grizzly Production during Apparitions set.

Following the immaculate performance from Arizona’s Apparitions, Ænimus stormed the staged and completely mind melted the audience with epic guitar solos, guitar sweeps, and smooth drum fills that truly showed that the band was top notch as far as musical talent. Not only was the music on point, but the vocalist had the ability to hit a nasty high shrieking pitch that takes the bands brutality to another level. Ænimus’ groovy-melodic-technical sound has this band bridging gaps between metal sub genres in a way that can gather fans all across the metal scene. Check out some footage from their performance as well as an interview that I had with the guys just prior to the show. 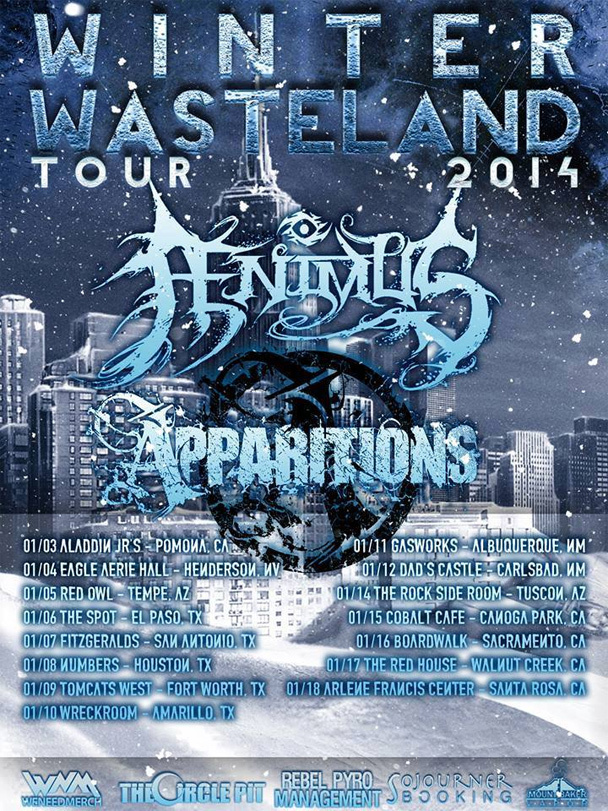