Given the number of sick-ass albums that are scheduled to be launched, Metalheads couldn’t be more stoked to see Machine head’s Rob Flynn organize an All-Star Black Sabbath Tribute gig for a charity fundraiser. The fundraiser in question is to assist a Bay Area scene veteran, who Nikki Davis. The following message had been issued on the band’s page:

FORBIDDEN and SPIRALARMS guitarist Craig Locicero, who organized and will also take part in the event, had the following to say about how the idea for the benefit concert came about: “A good friend of ours and all around great person, Nikki Davis, was in a motorcycle accident with her husband Jeff. Sadly, Jeff died at the scene. Fortunately, Nikki survived but she was unconscious for a few days. She awoke to the daunting reality that her husband, soulmate and best friend had passed away. It was heartbreaking to all of us in the Bay Area scene.

Robb Flynn and I have known Nikki for at least 25 years and she is a huge supporter of the Bay Area’s metal and punk scene.

“I wanted to help Nikki out a year ago, but most every band was busy on tour and unavailable. A few weeks ago, I had approached Robb about doing a benefit for Nikki and he thought it was a great idea.

“Robb has gone above and beyond to help bring together something very special and memorable to help Nikki on January 17th. He’s been the catalyst for getting this thing off the ground so quickly and Nikki is very thankful.

“We hope to raise enough money to help Nikki continue to get back on her feet because the healing is not finished. She still has medical bills to pay and we want to do anything we can to help our old friend.”

For those who can’t attend the concert, donations can be made to Nikki’s PayPal account at [email protected]

In times were mainstream acts like a certain 5-member act who like groping eachothers penis refused to meet a Make-A-Wish recipient, because it would not be a paid gig, Machine Head’s Rob Flynn definitely sets the bar higher for musicians across all genres. But then again Heavy Metal has always been a champion of logic, reasoning, humanity and oneness. Our deepest condolences to Nikki and her family for the loss of Jeff, and we wish her a steady recovery through these troubled times. For those who are looking to help out even if they cannot attend the show, please forward donations to the following Paypal account: [email protected] 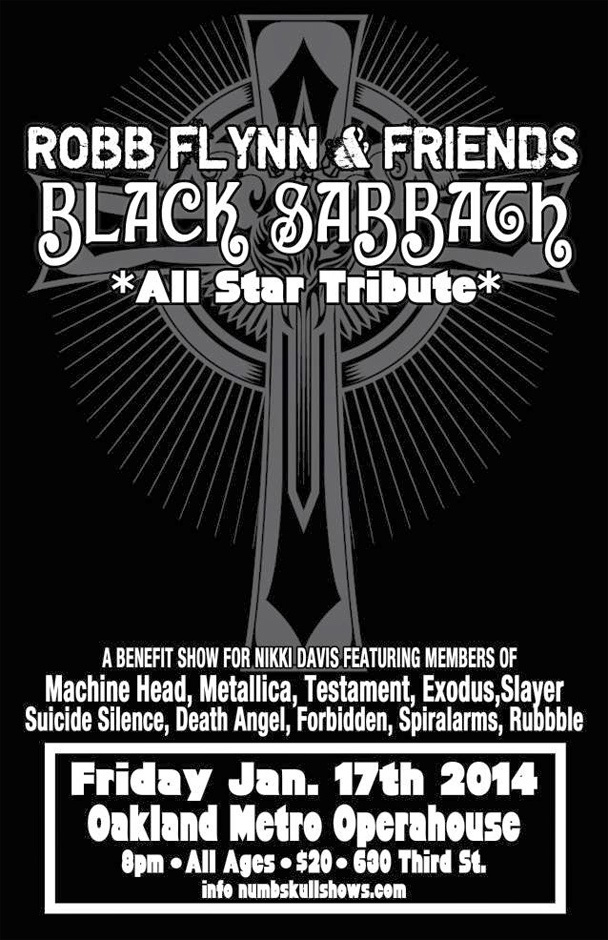 Meanwhile, Machine Head are prepping to occupy the studios in February to record their forthcoming album which shall see a late summer release, via their new label Nuclear Blast Entertainment.