As My Wife Could Have Been Lying Dead’s frontman Tim Lambesis’ side-project, “Austrian Death Machine”, which is a Heavy Metal spoof of, you guessed it- Arnold Schwarzeneggar- has finally released material from its Indiegogo funded forthcoming album, which was long delayed due to the now controversial musician’s ongoing court battle with his estranged wife. Assuming most out there know the details of the case, let’s not ruin the festivity around having Ahnold back in our playlist by recapitulating it.

Titled as “Triple Brutal” the album is due to be out via Artery recordings, on … welp, April the First. The band also reportedly plans to contribute profits from the album to the World Vision charity for children, which obviously sounds like Lambesis’ idea given the primary reason behind his felony and his well-publicized genuine affection for children. Also, the following musicians have filled in on guest spots in the album:

The new single off the album can be streamed as follows: 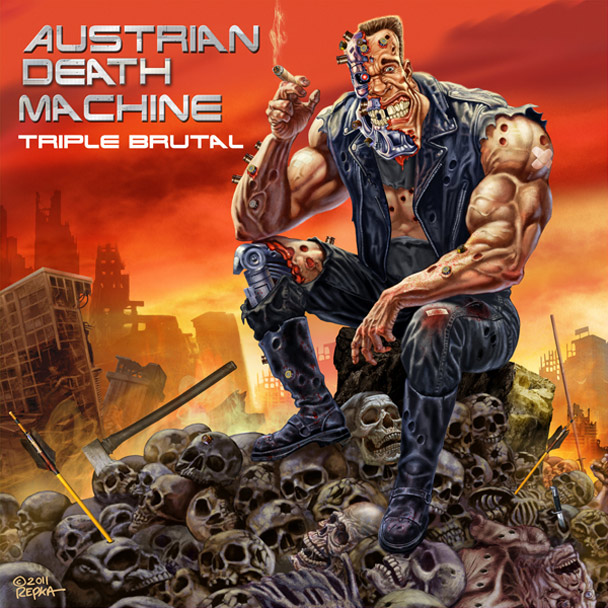