Autopsy just announced their new album “Tourniquets, Hacksaws and Graves” for an April 29th release through Peaceville. The album was recorded at Fantasy Studios with producer Adam Munoz (the band’s long time producer). The band offered up this brutal description of the record…

“TOURNIQUETS TIGHTEN….HACKSAWS RIP…..GRAVES ARE FILLED…..THIS IS AUTOPSY, THIS IS DEATH METAL…. With the stench of ‘The Headless Ritual‘ still permeating the befouled air, Autopsy has once again come for your very metal soul with their newest blood soaked homage to all things dark, twisted and horrific….once again bone crushingly heavy nightmares await….’Tourniquets, Hacksaws and Graves‘ will awaken the most depraved part of the coldest zombie’s stare…..blood will flow, brains will be destroyed, coffin lids will be opened…”

The official artwork can be seen below! Also made sure to include some Death Metal classics below that \m/ 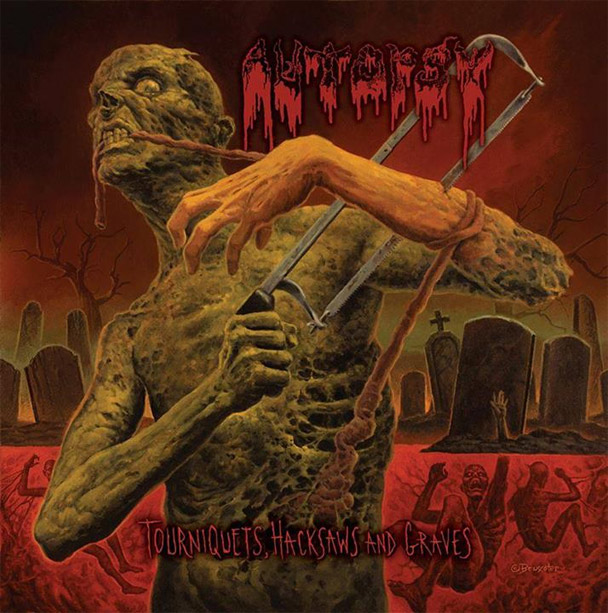