The man, the myth, the legend Devin Townsend currently has two projects well into development. They are the long awaited, new “Ziltoid The Omniscient” and “Casualties of Cool” releases.

Devin had the following good news to spare in relation to the return of Ziltoid!

“So recording of Z2 starts May 2nd in LA! The project started so far include ztv a big graphic novel comic, a documentary and crazy live show The pledge starts in about a week, and although it’s as Casualties Of Cool, all additional funding goes directly into Ziltoid and Z2 The amount we’re planning is crazy…and a ton of fun I think. Just taken forever to sort out and make plans for : )”

In regards to “Casualties of Cool”, the mad genius had this to say.

“It’s time for us at team Dev to shift our focus to Devin‘s next musical adventure: Casualties of Cool. We’ll soon launch a 3 month long crowd funding campaign on PledgeMusic since we’ll be releasing this album without a record label to back it up and we’ll need some serious funds to produce nice looking album packaging and get us a great promo video as eye candy. More details on all of this in the coming weeks but here’s a brand new picture of Devin and the lovely Ché Dorval (main vox on the record, you might remember her from DTP’s ‘Ki‘ album) already as a bit of a tease…”

Take a look at the two “Casualties of Cool” teasers launched last April and stay tuned for much more! 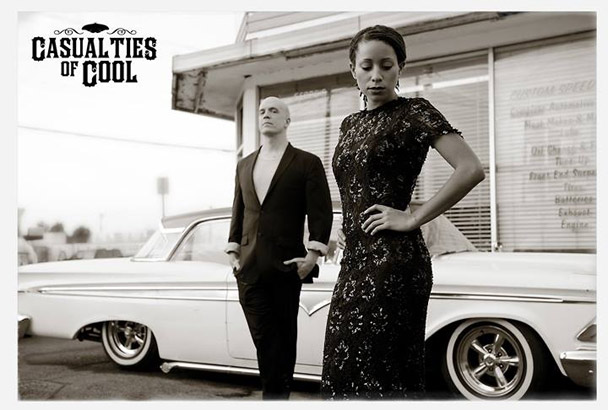