Hannes Grossmann. Ringing any bells? Ya know, the current Obscura and Blotted Science drummer and former Necrophagist member? That's right, he's a fucking legend and of course an ultra-talented drummer.

He took a small break from his main projects to work on his first solo album called “The Radial Covenant”, packing six devastating tracks of technical death metal. This aural assault is guaranteed to blow you away. At the end of that, you'll also find an amazing piano version of the song “Euclidean Elements”.

The album was released on February 3rd. It was mixed and mastered at Woodshed Studio by Triptykon guitarist V. Santura, while the artwork was designed by Milan Hofstetter. You can stream it entirely on Bandcamp, where you can also purchase it digitally alongside various physical packages. Go give it a listen now! 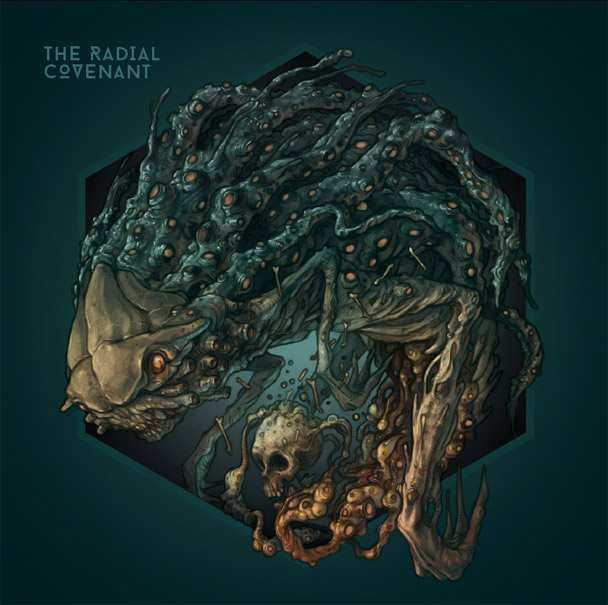