2014 is barely a month old and there is already a list of festivals on the horizon, such as the TesseracT+Intronaut+Cloudkicker tour. Adding to the growing list is the Hard Rock affcionados haven, the Welcome to Rockville Festival 2014. Essentially the must-attend event of the year for those who enjoy contemporary Alternative Metal and Heavy Metal with a dosage of Hard Rock.

The 2nd date i.e. 27th blows the lid off this baby and how, with Rob Zombie, Korn, Skindred, Trivium, 12 Foot Ninja and Lacuna Coil, along with Hard Rock heroes such as Black Stone Cherry, Seether and Theory of a Dead Man among numerous other fuckawesome acts.

Also getting a chance to share stage with the above mentioned legends is the winner of Ernie Ball Music Man- Battle of the Bands.

The event seems to be a wet dream for those of us who did their pre-schooling in all things heavy Music with the Average Metalheads guilty pleasure, i.e. Alternative acts such as Chevelle, Staind and the more recent Sick Puppies and Five Finger Death Punch. Miss this one at your own risk, kiddies. 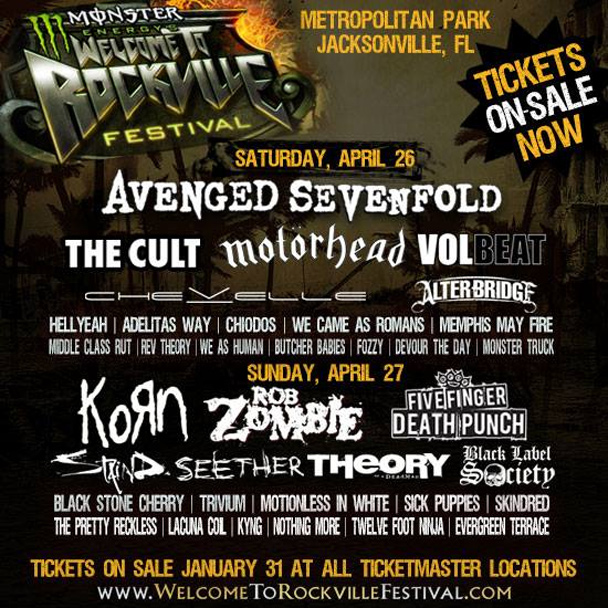