Sweden natives, Avatar have released a short teaser video surrounding the announcement of their all new LP “Hail The Apocalypse” due out May 13th, 2014. Frontman Johannes Eckerström comments:

“This batch has been brewing for quite some time now, and were really excited about finally unleashing the apocalypse upon you all. We are opening the flood gates and damage will be done.”

The band recently wrapped production on “Hail The Apocalypse” with producer Tobias Lindell at his studio in Thailand. Lindell was also the producer on the band’s highly successful debut “Black Waltz,” released in 2012. The band saw immediate success surrounding the release of “Black Waltz,” particularly at commercial radio. Metal Hammer Magazine nailed it when they described Avatar songs as, “each one is a stylistic roller coaster ride!” The band made their first visit to the U.S. in support of the release, touring with Sevendust and Lacuna Coil.

Just after starting production on “Hail The Apocalypse”, Avatar had the privilege of supporting Avenged Sevenfold & Five Finger Death Punch in Europe. With Download Festival in the U.K. and the prestigious Rock On The Range Festival already confirmed in the U.S., Avatar is eager to bring their new music to their fans. 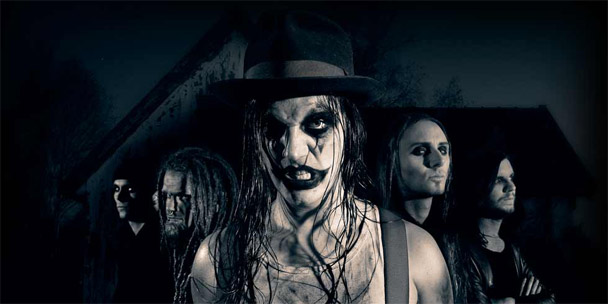