MORBID ANGEL, DYING FETUS AND THE FACELESS FOR SUMMER SLAUGHTER? 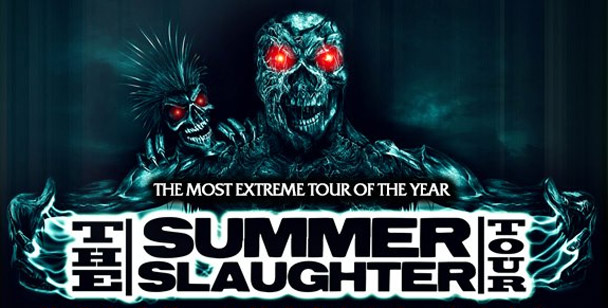 The Summer Slaughter Tour will be making a glorious return in 2014. And so far, judging from the hints they’ve been dropping, it looks like this year’s tour will be a crusher.

What are these hints, you ask? The tour organizers have been dropping specific messages / song titles via social networking. First, they simply asked “Morbid Angel?”. Next they declared “Pissing in the Mainstream” which is a Dying Fetus track. Last up, they posted “Sons of Belial” which is a direct reference to The Faceless.

Keep in mind none of this is set in stone. But the evidence is definitely leaning in the direction of these three bands. Especially when you consider how soon the official announcement must be. Stay tuned and blast the metal below!