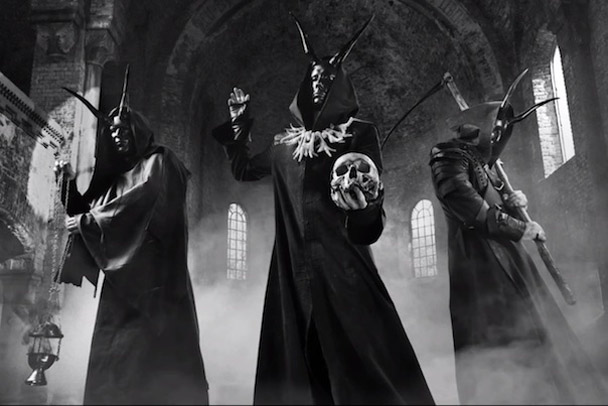 If you haven't been following along, Polish Blackened Death Metal juggernaut Behemoth was recently detained by Russian emigration authorities during their venture to the country. Their show was cancelled and much legalistic bullshit ensued. You can read more on that particular stage of the situation through the link above.

At this point, the band has been deported by Russian authorities and charged approx. $60 per member for claims of improper visas. The band spent the night in a Russian jail just before this happened. The following quotes and video were derived from an interview with Polsat News and Znak.com

"It was a very small room on a half meter. On the walls were smeared with feces. At night, we asked [to be] taken to the toilet, but we were somehow denied. Had to go in plastic bottles."

"I feel deeply sorry for our Russian fans for they are the victims of the system… and so are we. All I can say on behalf of the band is that we'll do everything that is humanly possible to make it up to them. Sooner or later. We're not going anywhere, yet…"