BLOODSHOT DAWN KICKSTARTER CAMPAIGN ENDS FRIDAY THE 16TH. JUMP ONBOARD THE BANDWAGON BEFORE IT’S TOO LATE

Some attempts at Crowd-Funding are more successful than others.  That’s the very nature of the beast.  Either your project inspires fans to dig deep in their pockets or leaves them cold or worse, laughing as to your bald-faced cheek as asking the public to fund your pipe dreams.

I mean who can forget Lucas Mann’s faintly ludicrous desire to raise $20,000 for him to record a solo album, which sank without trace 5 months ago.

Well the Boys in BloodShot Dawn, Southern England’s most exciting Extreme-Tech-Death-Groovecore Indefinables, have had a lot more success with their campaign to Kick-start their 2nd album.    They surpassed their £5000 target after just a few weeks of asking and their pot of recording resource gold now stands at a resolute £7092.

Fans have been persuaded to part with their cash by a wide variety of perks from the basic (a digital copy of the album and a sticker) to the indulgent (having your ugly mug painted into the official album artwork).

However as the guys say in their many Update videos, every little extra helps; not just with recording, but with paying for post-LP tours, releasing on different formats.  So if you have a spare Dollar-Pound bouncing around your pocket and enjoy their music, why not toss it in The BloodShot Dawn hat. 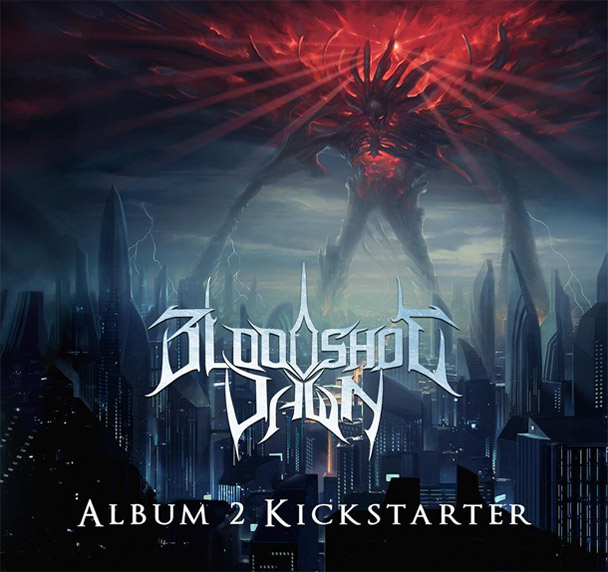