FALLUJAH INTERVIEW ON “THE FLESH PREVAILS” 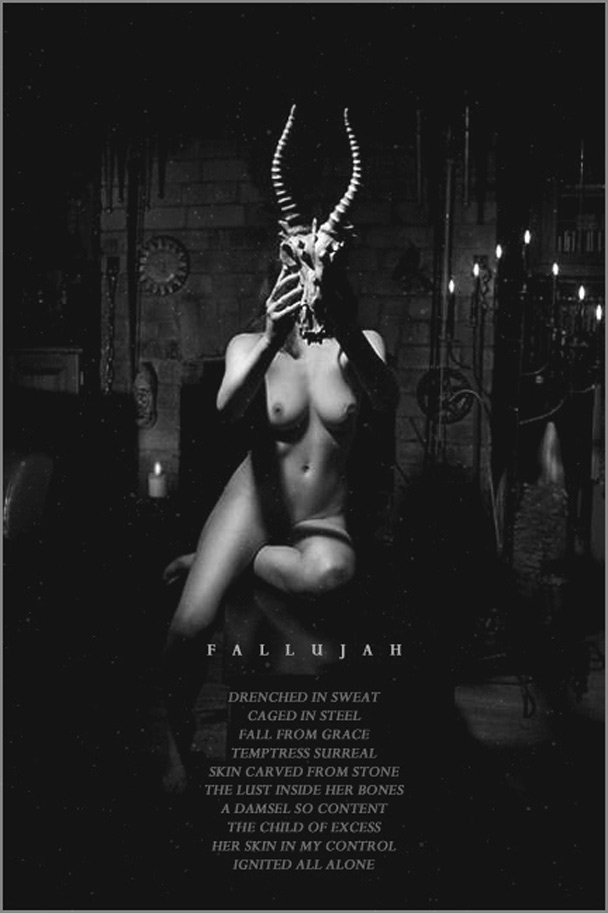 Chat to anyone who is into Progressive Death Metal and sooner rather than later the name of Fallujah will come up, usually followed an unrestrained stream of superlatives about the intensity, power and scope of their music.

Their fans appetite for some new music from them is whetted to a razors edge.  As it has been 18 months since they released the brutal yet tantalising EP Nomadic and nearly 4 years since their debut The Harvest Wombs.  Fans everywhere have been speculating as to just what their new full length will be like.

The answer to that quandary is nearly at hand as the band has completed work on their sophomore effort, The Flesh Prevails.  With the album due for a summer release and a single close at hand, I was lucky enough to spend half an hour chatting with vocalist Alex Hofmann, to ask him about the new record, what it means to him and how life has been for Fallujah over the last couple of years.

So Alex, what kind of experience has the recording of the new record been?

AH:  It felt like a long sprint.  We are just so glad that it’s finished.  I have just finished the layouts for the vinyl and the jewel case and it is such a relief to have them done.

It was laborious; much more so than the Harvest Wombs, but it’s just so much better an Album.  But getting it to that point has been tough. Recording is stress and waiting, but the sensation of relief at finishing is really cathartic.

Like when Scott [Carstairs, guitar] finished all his D.I's, he posted that clip from LOTR when the ring is finally destroyed in Mount Doom, like, “It’s Done!”

Does it carry on where Nomadic left off, or was that more of a stepping stone?

AH:  Nomadic was definitely a stepping stone.  The cool thing about that is that Nomadic was kind of a mistake, not that it’s bad, but how it came together. It had been 2 years since we had released any music and we hadn't started writing an album yet and we thought we'll put out a bunch of singles, but the label was insistent 'It's gotta be an EP, it’s gotta be and EP'.   But we only had 2 songs and I make ambient music so we put one of those in the middle as a place holder and then we had an EP.

But it was really successful, much more so than the Harvest Wombs. A lot of people liked it.  So when we got back from Europe and the tour with The Black Dahlia Murder finished, we got a new manager and really formulated a plan to get this record done.

So as far as the new record is concerned it’s more like Nomadic than the Harvest Wombs but really quite different than both; the solos are different, the leads are different, the pads I did are really different.  It’s a new beast entirely.  In parts it’s more technical; there are some clean vocals and some break-beat drums.  It’s certainly its own thing.

Is it just you singing on it or are there guests?

We also asked Ruby Wood from The Submotion Orchestra, which is like my favourite band. Then we hit up J'aime Le Fleur from L.A Electro-Pop band Downtown; but unfortunately their schedules didn't allow them to be a part of it.

But Roniit does most of the guest vocals.  I would love to get the music to the point where we could bring her out on tour with us.  At this point she only sings on 3 songs, so it wouldn't be worth it.  But to actually have her sing with us would be awesome.

I also have my first few clean vocal parts on the album. Not huge vocal choruses, but more spacey, spatial effects.  We experimented vocally a lot on this album.  I do different bits and pieces but mainly the clean vocals are Roniit's.  It’s great to have her voice as a character on the album.  I think you can get away with having girls clean singing on Death Metal albums.  Maybe it’s a masculinity thing, that guys don't want to hear guys’ clean singing.

Did you start the process of recording more confident because it was your 2nd album?

Yes because we are much better at being a band than when we recorded the Harvest Wombs.  But No in that there's pressure with an album being a fixed, unchangeable thing and your sophomore release is the thing that sets up what the rest of your career is going to be like.

But we are really proud of how it turned out and we wrote the record that we really wanted to.

The last 2 years have been incredibly busy; graduating from school, working, making art, playing shows, and relocating; which all added to the stress which affects your creative processes.  Not in a bad way though.  I often get my best ideas when I am at work.

The merch and the art are a big part of the Fallujah identity.  Is the way the Music and Art connect a personal thing or part of the collective identity?

AH: I guess it’s a fairly unique situation because I get to control the image of the band. It’s almost like my role in the band. Even more so than writing, to harness the image and to control what people feel or think when they see Fallujah.

But when it comes to album covers we like to have someone else do it, to switch it up a little.

And the artwork for The Flesh Prevails is fucking insane!  We bought 3 pieces from Tomasz Alen Kopera, which were all totally different but I've added my touch to make them look cohesive.

The art for the Harvest Wombs was cool, but with The Flesh Prevails it represents the themes within the record a lot more.  And we all think it’s the best album cover we've seen for a long time.

What themes do you talk about on The Flesh Prevails?

It’s less of a concept album this time.  All of the lyrics are about personal experiences.

One song is about this crazy night I had in Germany with this person; another is about experiences had on certain substances; another is about a friend of ours who passed away through drug abuse.  I also talk about sexual power and domination and about my lack of feeling of belonging to one place – of not knowing where my home is.

Another is about a time recently when I had finished school and didn't have a lot of focus and was drinking every night- not being a useful, productive state of mind and how I pulled myself out of that.

It’s why the album is called The Flesh Prevails because ultimately you are responsible for pulling yourself out of all these terrible positions that life puts you in.  You have to make your flesh prevail.

This album is a lot more personal, not that I dislike the lyrics on the Harvest Wombs but it was very philosophical and I wanted to move away from the kind of inter-dimensional LSD experience subject matter a lot of Prog-tech-death metal bands are talking about.  Not because it’s not interesting but because no one really feels anything when they read those lyrics.

The Flesh Prevails is all about emotional experiences, which means more to me and hopefully will do to others when they hear it. So they can empathise with rather than just think about a song and what it means.

The Flesh Prevails also features a guest appearance from Christian Muenzner
(Obscura and Necrophagist) and will be out this summer and you can catch Fallujah on the Summer Slaughter Tour, coming to a venue near you; if of course you live in the USA.