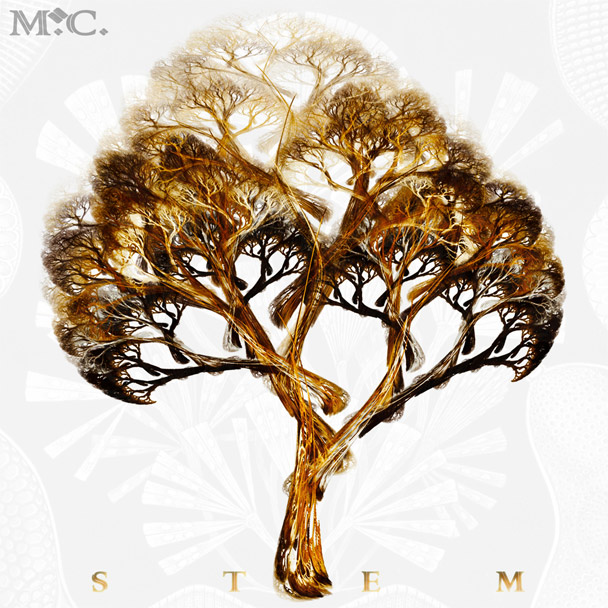 No matter how many bands you're into, regardless of how obsessive you are about finding new music, no matter how jaded you've become; there is always something incredible just hiding around the corner, waiting to kick your arse back into gear.

On this occasion it is Maxi Curnow that I have to thank for this particular boot to the backside.  To be more precise, the culprit is his STEM EP.  A magnificent collection of gloriously jazzy, progressive, groove laden Tech metal, which is released today and available to download via Bandcamp. All proceeds from the EP go to the Nayee Asha Orphanage in Meerut, India.

Coming across as a sublime mixture of Alan Holdsworth and Polyphia, with some Tool, Casiopea and BTBAM added for good measure, this is an lucid, intense meander through progressive music, that is both surprising and invigorating.

Although divided into tracks it is conceived it as one continuous piece of un-repeating music.  Hook laden and shimmering with prescient control, it is both catchy and experimental – with a mystifying yet soul soothing ease.

In a bizarre way, listening to it is both challenging and comforting, such is the effervescent musical intelligence extant within this work. I spoke with him over the weekend to discuss the drive; artistically and otherwise, behind this intriguing work.

– So how did STEM come into being?

The motivation behind STEM came from several different places, but I was tired of writing music that I thought 'other people would like'. I was losing faith in my writing because I felt bound to a scene.

But I sat down one night and just started writing, and although it is unorthodox for a song to not repeat, I found that STEM flowed naturally towards a very progressive and linear arrangement.

I guess the writing progress was a true progression in essence, because it was all about building upon what I had written in the past. When I listen back to it, I can actually imagine a timeline and hear my writing and playing evolve and mature with the music. It felt like a constant forward movement because of the non-repeating element.

– STEM incorporates so many genres without sounding clichéd or naïve in any, was that tough to achieve?

I experimented with my sound a lot during the process and realized that all the genres I love could be incorporated together, without sounding obvious or cheesy, I used it instead to enhance the feel of certain sections.

I love film music and I feel this played a big part in the overall sound.

I am a huge fan of percussion, piano, vibraphone and Rhodes, all of which are incorporated heavily throughout STEM. I think that this brings a lot of character and texture to emphasize certain parts, more so than guitars alone could.

At the time I was working as a sound engineer at Ronnie Scott’s jazz club and fell in love with the genre, I’m no Jazz expert, I just love jamming it.

In terms of influences I like to listen to everything from Jeff Buckley, Ftrank Sinatra, Thomas Newman and Ray Charles to bands on the UK tech scene like Disperse and Monuments.

– The sound on the EP very clear and light, with real separation within complicated arrangements, was that easy to achieve?

Sound wise, I have always preferred an under processed production style. (Either that or I’m just lazy!) So everything in STEM is very natural.

Guitars are recorded with an Audix i5 & SM7B in front of a Marshall JVM, no pedals or EQ in the DAW.

I wrote all the programmed drums originally before I opted to do live drums. For the drums session me and Mike (Malyan – Monuments drummer) managed to use some really nice analogue mics.

It was a challenging session due to the nature of the piece, as we literally went through 10 second clips at a time! It was a good laugh though and we got there in the end, both very pleased with the result. I recorded and produced all of STEM in my bedroom studio, apart from tracking Mike’s drums.

I worked with John Browne and Acle Kahney to master STEM once I had mixed it at home. Both brought a unique and palpable energy to the parts, which for me really brought the production to life.

I loved Acle’s ultra smooth and rounded sound on the Tesseract records which worked perfectly for the first and last parts of STEM, and I love the aggressive, raw and energetic sound on Gnosis which I wanted for the middle parts of STEM. I feel I got best of both worlds and it was brilliant to briefly work with such accomplished musicians.

– You are giving all the proceeds from STEM to an orphanage in India. How did that come about?

I went to India at the beginning of the year to teach and help at an understaffed independent school. Its not part of a charity, but a rural institution for rehabilitated street kids, for orphans and children who’s parents have leprosy.

The kids were incredible, despite the fact they lived in poverty and lived through a very challenging situation, they were so eager to learn, and despite all odds they were content, which was very inspirational for me.

This played a big part in the lyrical content and theme for STEM. They took nothing for granted.

All they needed was what they already had, which from our privileged understanding is not much to be content with. In their eyes they had more than enough to be happy, without the need for materialism. Something we all could learn from. I can’t do much, but I want to do my best for these incredible children with STEM fund-raising.

If you are into progressive or Djent or Tech or just love damn good music give this a listen. Complex, fluid, passionate and wearing a big pair of boots; the STEM EP. It kicked my arse and now I'm ready to face the day! Perhaps it can do the same to you.