Metal Evolution was a 2011 documentary series by Banger Films which goes into the history of heavy metal. It was broken down into episodes that focused on either a specific sub genre of metal or a certain time period for metal. The series was directed by anthropologist and filmmaker Sam Dunn. The series aired on Vh1 Classic for 11 episodes. There was one episode however that Vh1 Classic was not interested in, and didn’t air. The “Extreme Metal” episode never saw the light of day because Vh1 didn’t see extreme metal as important to the history of metal (also Eddie Trunk might’ve had an aneurysm if anything that’s not considered “classic” was aired). So Banger Films decided to crowdfund the final lost episode and release it to its fans.

Banger Films states that the episode “features new interviews with Death Metal, Grindcore and Black Metal’s most influential sonic architects and a global journey from Tampa to the UK, Norway and France’s Hellfest to investigate the history, myths and intricacies of this most innovative and transgressive subgenre.”

Banger Films decided to give the episode away for free. You can download it HERE and broaden your knowledge on some fucking awesome music. 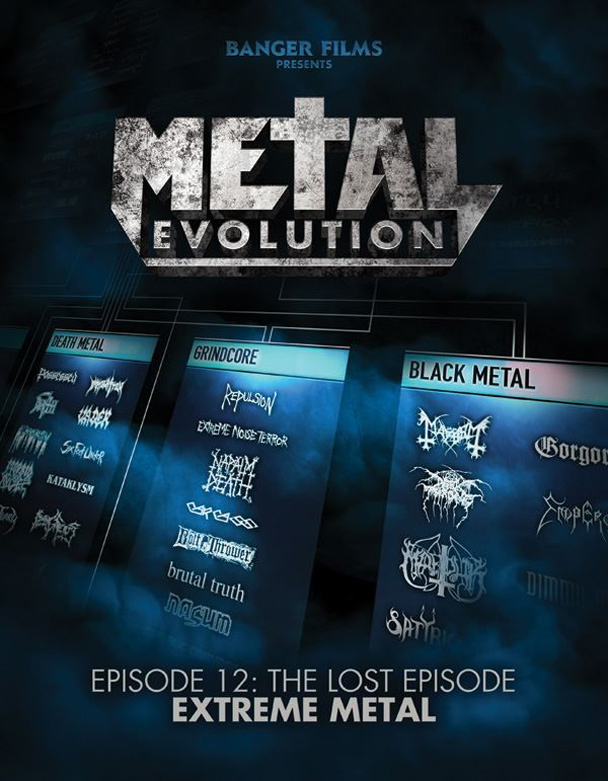