NO NEED TO FRET – FIRST EPISODE 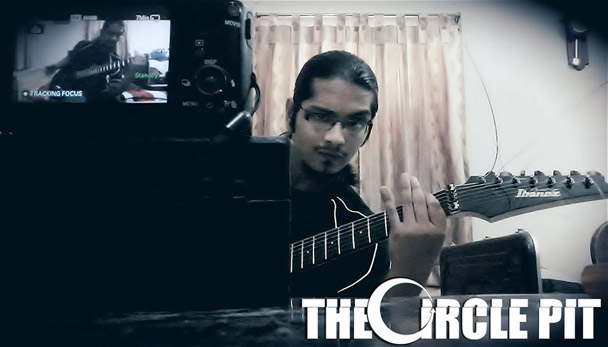 I suppose it goes without saying that most of us who also dabble in an instrument or two, regardless of what kind of music we play, we have all secretly wished if we could have introduced something new into one’s own playing style, spontaneously yet something brilliant. Often I have spent hours in frustration fathoming what it is that has made a phrasing or voicing sound better when the musician plays it and grades worse when I jam it myself. In this context, addressing the issue of adding that X factor to the musician that exists in us in sync with the Metal aficionado, need fret no more.

Discussing it over with Mike and the boys I have come up with a new segment where musicians from bands/artists we have featured before lend the instrumentalist/vocalist/ (or even producer for that matter) a helping hand by featuring on an episode of No need to Fret. Although initially conceptualized as a segment for Guitar enthusiasts, we have taken the shindig a notch higher by making lessons available for the skin slammers, bassists and throat shredders among us too, for future episodes. Stay tuned to learn something new from the very same musicians who rule your playlist.

For our first episode Arindam from What Escapes Me has lent us his chops on how in WEM they usually improvise with guitar parts to make them sound more engaging and interesting. Scroll down to stream the video, you can also find one of WEM’s singles from their demo to cross check the application of the lesson.  And given it’s a new segment, it goes without saying if most of you’d spare us some time and provide some feedback, it’d work out in both our interests.

Have fun, let us know what you think of the lesson and how it has effected your playing. Cheers.