SUBLIME “GRASSED UP” BY LINKIN PARK 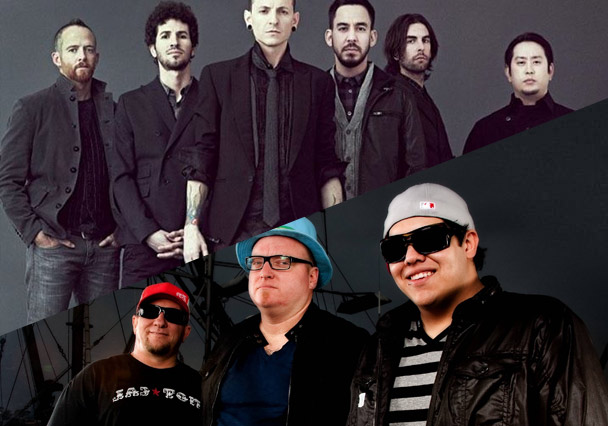 The (alleged) Occurrence:  Linkin Park decide to contacts the 'appropriate authorities' as the smell of Pot emanates from the dressing room of support act Sublime with Rome.

The allegations were brought to Global attention via the Sublime Twitter account, when after their performance at the KFMA day concert, they Tweeted:

“Linkin Park called the cops on us and said that they were allergic to pot. cops came and took all our weed while we on stage. Bitch shit”

Before laying the smack down with:  “That just happened lol #snitches #bitchmove”  followed by the Pun for the win: "Linkin Nark"

Ladies and Gentlemen, can you believe it?  I know its astounding but this is serious NEWS FLASH: "Sublime smoke quite a lot of weed" & "Linkin Park are slightly uptight."

However It should be pointed out that Sublime can count themselves lucky to escape with just a confiscation, as Marijuna possession in Arizona is considered a Class 6 felony. Carrying a tarrif of between 4 months and 2 years hard time!

But was this a distinctly unsubtle way of keeping both bands in the news?  Possibly, since the recent track from L.P's upcoming album failed to generate any palpable hype.  Maybe they are trying to appeal to their once teenage fans; who have grown up and become joyless hipsters?

And for that matter, who cares?

I realise now that I've made a terrible mistake.

I sincerely apologise for even bringing you this news.

This is John Whitmore reporting live………