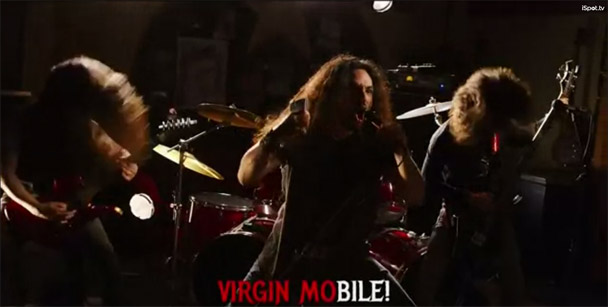 Californian Thrash / Death infused Exmortus have just been featured on a Virgin Mobile Galaxy S5 Commercial! Almost makes me want to get a new phone… almost.

But seriously, it's beyond awesome to see a metal band so embedded in the underground getting such an awesome promo! Major kudos to these guys! Watch the commercial and click the "Spot On" button below. And you better believe we've included more Exmortus goods alongside that \m/