Founded in late 2010 Warcrab hail from the South West of England and were formed through friendships forged during previous local musical projects. Their crushing style and colossal live sound draws on a range influences including Death, Black and Doom Metal as well as classic bands such as Black Sabbath.

After minor changes to the line-up during 2011 the band focussed on writing material and honing their monstrous sound with a single rule in mind, make it heavy! The end of 2011 saw the recruitment of Kane Nelson on vocals, whose lyrical and vocal style gave the band a new dark intensity which was unveiled in 2012 at their first live show in their home town of Plymouth, instantly establishing them on the local scene.

Without taking a breath Warcrab released their self-titled album at the end of 2012 which was suitably well received. These six tracks of sonic abuse include "Return To Dust" and "Nemesis Within" which have become synonymous with their live onslaught. Following this release Warcrab have played a number of successful shows across the UK sharing the stage with the likes of Desecration, Gurt, Steak, Beholder and Ingested.

The band began 2014 with a string of dates across the UK with London based doomsters Diesel King which gave them great exposure for some of their dynamic and crushing new material. Further new material from their eagerly awaited second release "Ashes of Carnage" (arriving summer 2014) can be looked forward to on an upcoming UK mini tour with Brazilian Death Metal quartet Krow later this year. 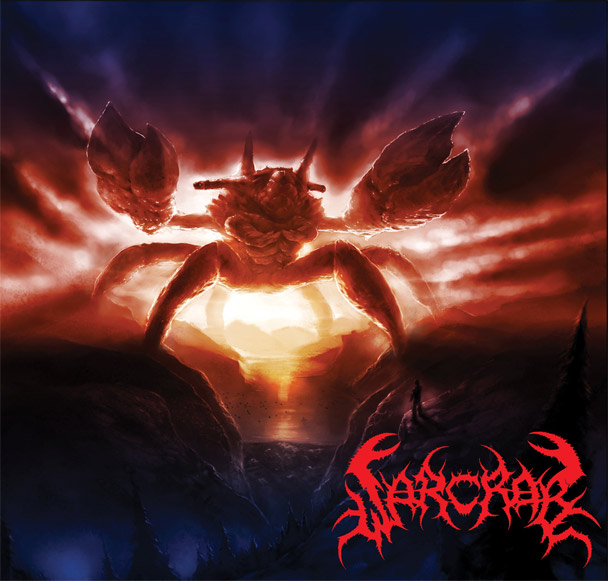