The Death Metal juggernaut Cannibal Corpse will be marking their return very soon with the release of "A Skeletal Domain". The album will be released through the legendary Metal Blade Records on September 16th (September 9th in Europe and September 12th in Australia).

In support of the upcoming bloodfeast, the band has released the album's first single "Sadistic Embodiment". It's actually one helluva track, mercilessly pummeling from beginning to end. Give the sonic violence a listen below \m/

For those of you looking to purchase the madness, grab your pre-orders HERE! Stay tuned for much more where that came from. 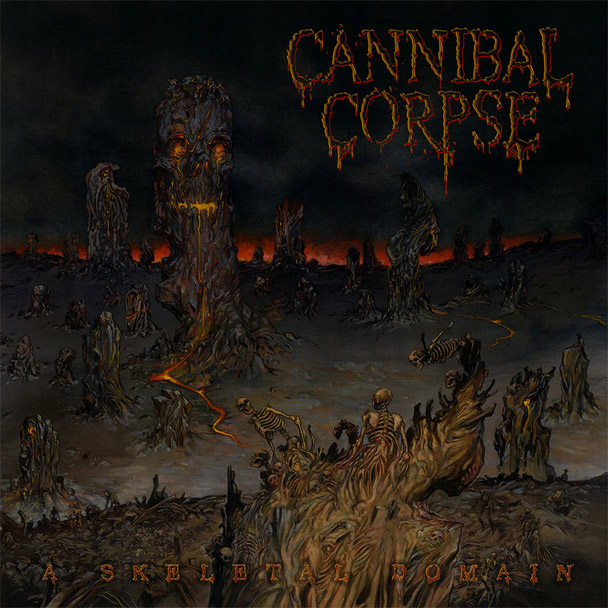