Texas In July will be marking their return on September 16th with an all new album "Bloodwork". This will be the band's first full-length effort with their new vocalist JT Cavey. And I must say the vocals are sounding savage. The music itself has even evolved in some ways placing this album amongst the echelons of highly anticipated metal records this year.

You can get your first taste of "Bloodwork" right here, right now. Texas In July have released the first single "Broken Soul" and it hits damn hard. Look below for that, the official press release rolling out all the album details, and the new album art.

Pennsylvania metal band Texas In July has officially announced their highly anticipated new record, Bloodwork, which will be released on September 16th, via Equal Vision Records. The band recently debuted a new song called "Broken Soul," which is featured on their upcoming fourth studio album.

Following the release of their 2012 self-titled record, Texas In July joined forces with their new vocalist JT Cavey, a longtime fan of the band with a massive YouTube following, and a reputation for vicious screams, a wide range of vocal tones and a seemingly unlimited amount of enthusiasm, passion and creativity.

Following several tours together under the new lineup, Texas In July entered the studio as a four-piece in January of 2014, in their hometown of Lancaster, PA with producers Carson Slovak and Grant McFarland. The resulting album is the band's most impressive work to date, offering their most cohesive and innovative instrumentations and most dynamic vocal offerings – including a touch of clean vocals for the first time ever, in the seven year existence of the band. Additionally, Cavey displays a broad mix of screams, unique vocal patterns, and even an aggressive spoken word interlude. The new album also features a special guest spot from Miss May I vocalist Levi Benton on "The Void."

"I think this album shows us at our most extremes," says Chris Davis. "It has some of our heaviest and most aggressive moments to date and also our most melodic and mellow sections as well. It was all about pushing ourselves to extend our boundaries." 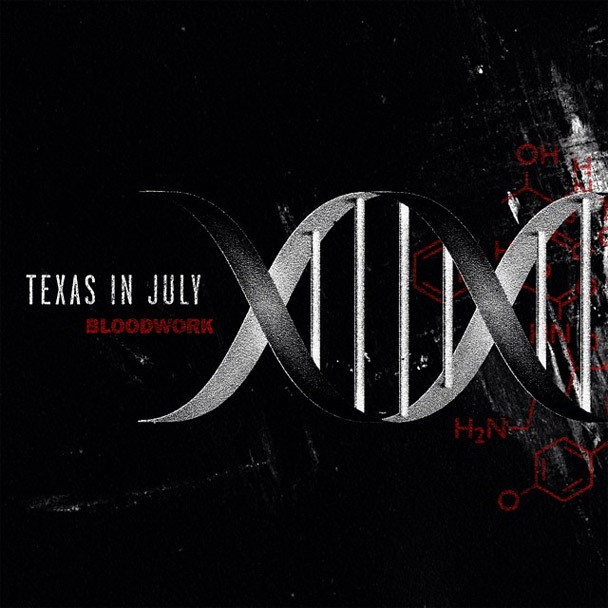