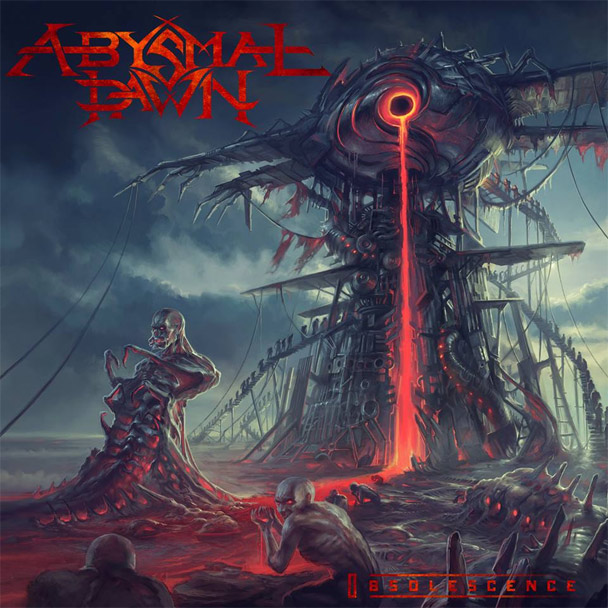 LA death metal outfit Abysmal Dawn have announced the imminent release of their fourth studio album “Obsolescence”. This new collection of destructive death metal tunes will be released via Relapse Records on October 24th in Germany, Finland and Beneleux, October 27th in Europe and rest of the world, and October 28thin the United States.

“Obsolecence” has been produced by Mike Bear at Artisan Road and mixed/mastered by John Trench Studios. The stunning artwork has been designed by the amazing Par Olofsson (yes, the same fellow who designed The Faceless’ “Planetary Duality” and so many other incredible artworks), just like he did with Abysmal Dawn’s most recent release “Leveling The Plane Of Existance” (you need to see that artwork!) and the band’s first two albums as well.

The band has a kinda unique approach to death metal, bringing an extremely modern form of it while keeping it brutal, technical, and true to the genre’s roots. The band also revealed the tracklist that includes a couple of interesting guests and what should be a cool cover. Previews / singles from the album have yet to be released. So stay tuned for more while you give a listen to some of the band’s sickest tunes!