Touring has always been a wicked mistress, showing love to some and misfortune to others. This week alone there have been a number of instances for different touring bands. Traitors just got robbed, for example. Turns out The Faceless got a moose.

While trekking on the Canadian leg of The Summer Slaughter Tour, the band quite literally hit a moose, totaling their van in the process. Guitarist Michael Keene posted up the following picture / statement.

“Shortly after switching to a van, because our driver quit on us, we have now totaled said van by hitting a moose in Canada. I honestly can’t believe we’re all alive and no one was hurt.” 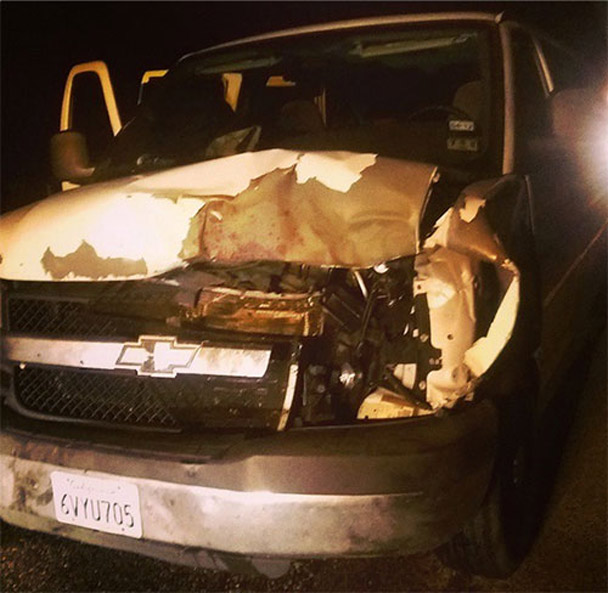 We wish the band best of luck moving forward \m/