A SOUND OF THUNDER “THE LESSER KEY OF SOLOMON” ALBUM STREAM

A Sound of Thunder is a classic metal band that formed in, and is based in, Washington DC. The band has existed since 2008. During the last 5 years have released 4 full length albums and 2 EPs. That means the band has released music in every year they have existed! This includes a full length being released in 2011, 2012, 2013, and this year, 2014. Quite a prolific and impressive output.

Their latest effort has been titled “The Lesser Key of Solomon” and by god it kicks ass! The band diligently combines a classic Heavy Metal feel with a concussive Power Metal front. This makes for a great listening experience. As luck would have it, the entire album is currently live and streaming through A Sound Of Thunder’s Bandcamp page! Go check it out and let the band know what you think! 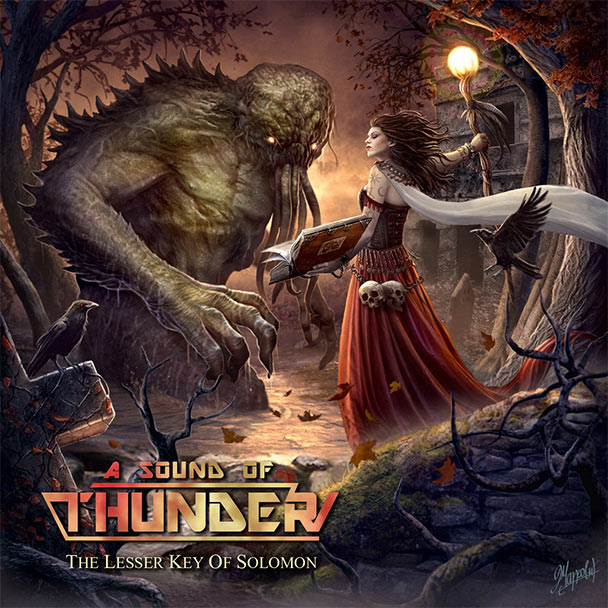