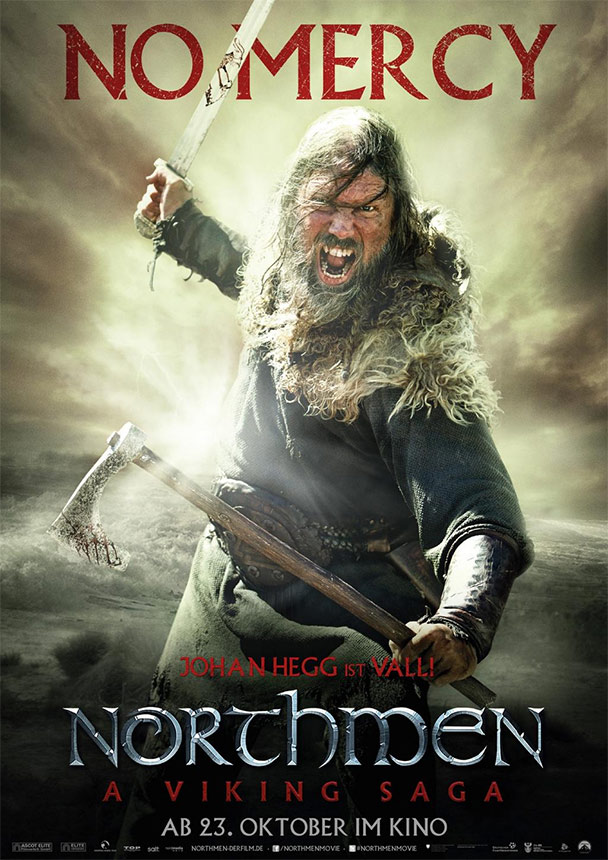 Amon Amarth is going to the next level in expressing their Viking heritage: Johan Hegg (vocalist) will be starring in the new film “Northmen – A Viking Saga.” This action-packed, historical fiction movie will be showing in theaters on October 23 in Europe. Unfortunately, there is no news of an American release yet.

Johan will be acting as Valli, a “very experienced warrior and has a strong bond with his younger brother Bjorn. Valli looks brutal with his broad back and leather-dominated clothing. He has already experienced and survived a great deal. His face is full of scars.”